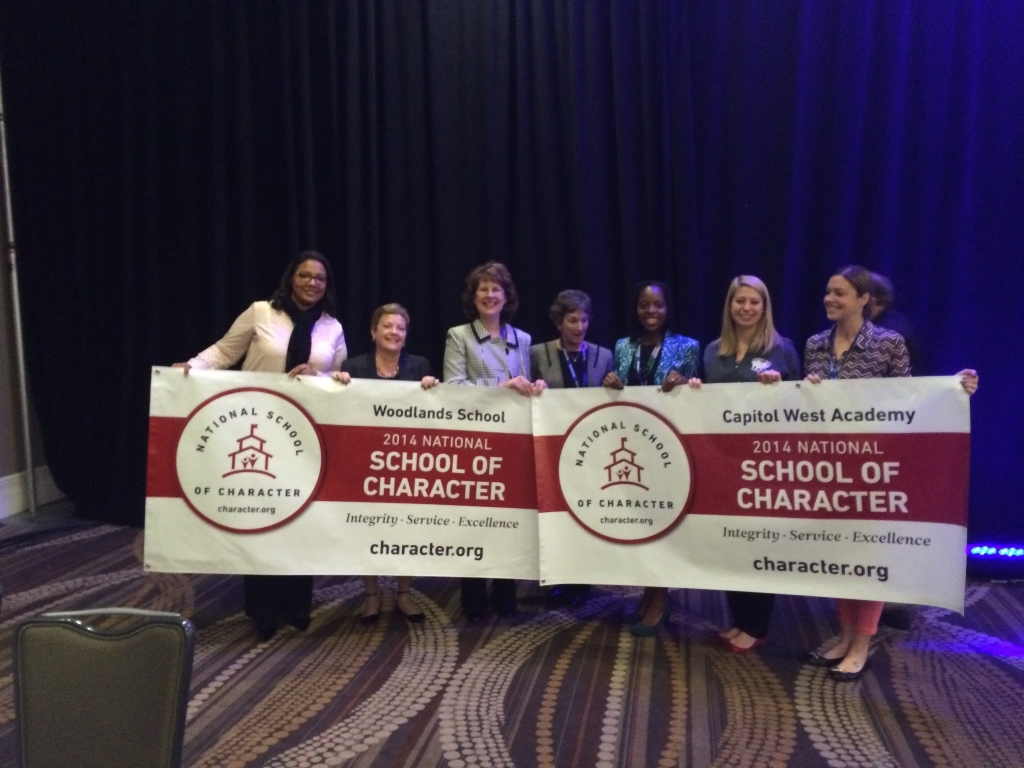 Administrators of Capitol West Academy and Woodlands School are presented with this superlative designation during the national conference for Character Education during the annual fall event (October 30 through November 2, 2014). Only two schools in Wisconsin achieved this level of excellence.

The state organization Wisconsin Character Education Partnership promotes “the intentional, proactive effort by public and private K-12 schools and school districts to instill in all Wisconsin’s students, core universal ethical values such as integrity, honesty, fairness, responsibility and respect for themselves and for others through character education.” U.S. Secretary of Education Arne Duncan has said of National Schools of Character that they bring together “staff, students, parents and the broader community to work towards the common goal of improving school climate and student performance.”

Yearly, some schools arrive at exceptional ideas, and they are recognized statewide as Promising Practice Winners.