The WI GOP is diving deeper down the ‘Big Lie’ rabbit hole and Gov. Tony Evers is the only thing standing in their way. Last weekend, four GOP lawmakers buddied up with disgraced former Missouri governor Eric Greitens on a conspiracy-driven trip to the sham Arizona election audit site.

Their visit coincides with the WI GOP’s pro-Trump pipe dream, which includes a taxpayer-funded investigation into Wisconsin election results. To conduct their sham investigation, Republicans enlisted retired police officers, including one who did work for a Wisconsin Republican Party committee and once wrote a sham election report disputed by the FBI.

Dane County Clerk Scott McDonell said any attempted seizure of ballots and machines from clerks by these sham investigators would be “an existential threat to our democracy.”

Assembly Speaker Robin Vos sanctioned the Arizona trip where his peers were joined by former Missouri Republican Gov. Greitens, who stepped down after admitting to an affair and facing a blackmail allegation. None of the four GOP lawmakers have said why they accepted a dark money-funded trip in light of their party’s opposition to private donations for administering elections.

Disability rights groups have expressed opposition to the WI GOP’s attack on voting rights and Democratic Gov. Evers is set to thwart the WI GOP’s election fraud grift, which Democratic Party of Wisconsin Chair Ben Wikler described as a ploy to tip the scales in favor of Republicans in future elections. Gov. Evers has the power to veto any anti-democratic bills put forward by Republicans.

“Republicans across the country are teaming up to waste taxpayer dollars on Donald Trump’s deadly ‘Big Lie’ and once again, Gov. Evers is the last line of defense for voting rights in Wisconsin,” said DGA Senior Communications Advisor Christina Amestoy. “Wisconsin voters know the GOP-led investigation is a sham, and they will reject the grifting GOP next year by re-electing Gov. Evers.” 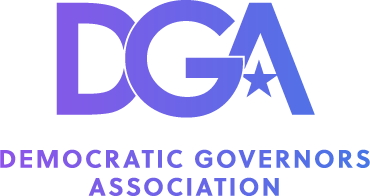