The St. Croix Crossing is approximately one mile in length and was built to replace the 85-year-old Stillwater Lift Bridge. 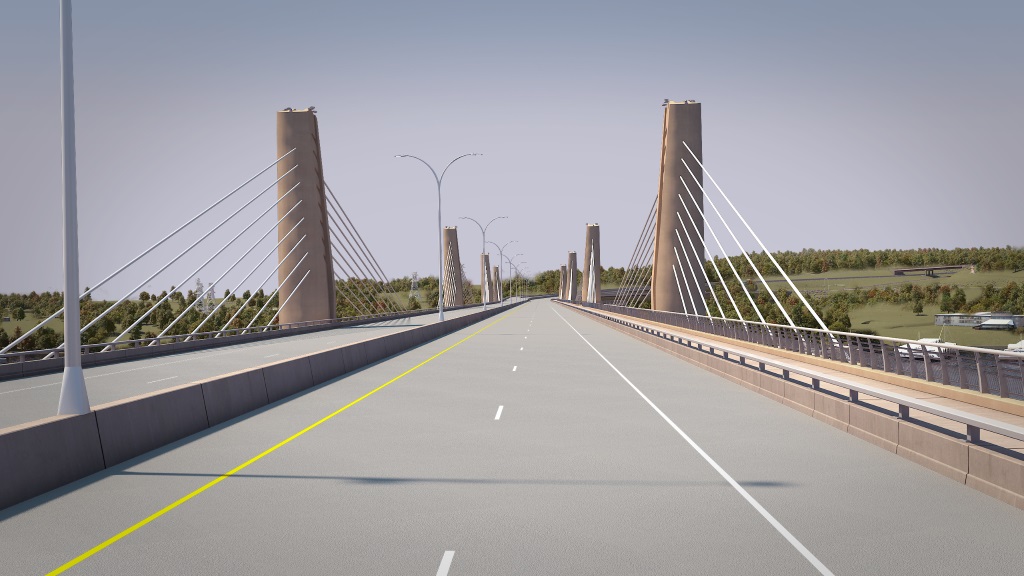 OAK PARK HEIGHTS, Minn. – Wisconsin Governor Scott Walker and Minnesota Governor Mark Dayton today joined federal, state, and local officials from both Wisconsin and Minnesota for a ribbon cutting ceremony of the St. Croix Crossing. The $646 million project was a cooperative, bipartisan effort between federal, state, and local governments, and the physical construction was a joint effort between the Wisconsin and Minnesota Departments of Transportation. The project was made possible, in part, by federal legislation passed and signed into law in 2012.

“This outstanding bridge I call ‘Cooperation’ is the product of a lot of hard work and dedication by those who built it, and it is the product of hard work and bipartisan cooperation between officials in our two states,” Governor Walker said. “The St. Croix Crossing greatly eases traffic congestion and provides an uninterrupted flow of commerce for the benefit of the people, and I thank Governor Dayton and his team, our team at the Wisconsin Department of Transportation, and those at every level of government who worked on this project for sharing our commitment to getting this decades-long project done.”

The St. Croix Crossing is approximately one mile in length and was built to replace the 85-year-old Stillwater Lift Bridge. The new crossing is designed to handle 36,000 vehicles a day, which is twice the amount carried by the Stillwater Lift Bridge. It also allows marine traffic to move beneath it without interruption, and it serves as the primary connection between Oak Park Heights, Minnesota, and St. Joseph, Wisconsin. The Wisconsin and Minnesota Departments of Transportation will open the bridge to traffic within 24 hours of today’s ceremony. 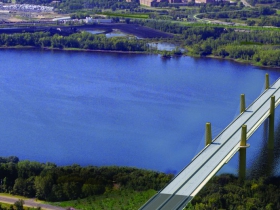 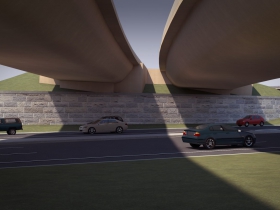 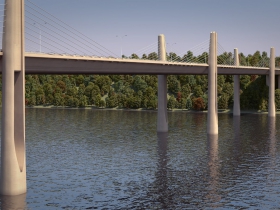 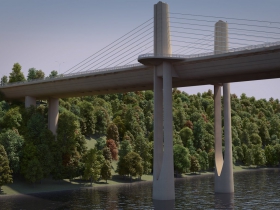 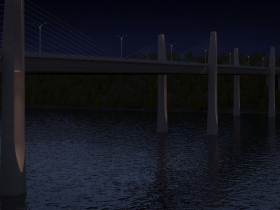 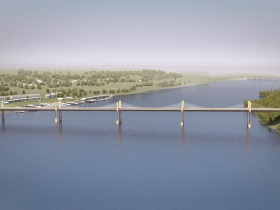