(MADISON) — Following the violent insurrection at the US Capitol last week enabled by the President, the Democratic Party of Wisconsin roles out another television ad calling out Representative Mike Gallagher for voting against impeaching Donald Trump.

“Representative Mike Gallagher’s vote against impeachment is another example of how he says one thing in Wisconsin but then does another in DC,” said Democratic Party of Wisconsin Chair Ben Wikler. “Trump incited a violent mob to assault the capitol, leaving five people dead. Mike Gallagher once again has refused to hold Trump accountable. It’s time for Mike Gallagher to be held accountable for putting politics over the people of Wisconsin.”

The five-figure ad will run on television and digital across Wisconsin for the next week.

This ad comes shortly after the release of the first television ad of the 2022 cycle calling on Sen. Ron Johnson to resign for his role in fomenting last week’s attacks on our democracy. 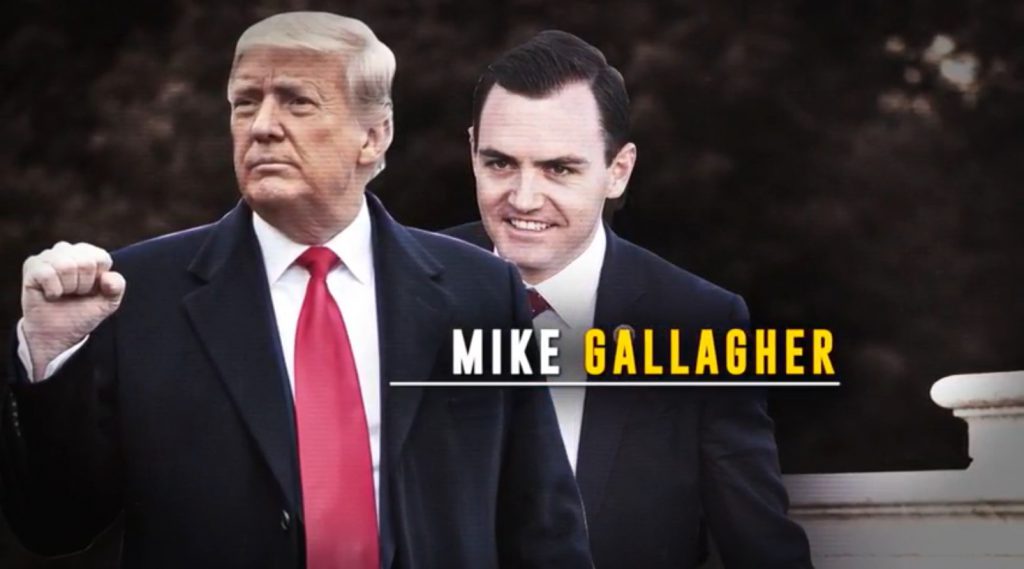 Image from the Democratic Party of Wisconsin