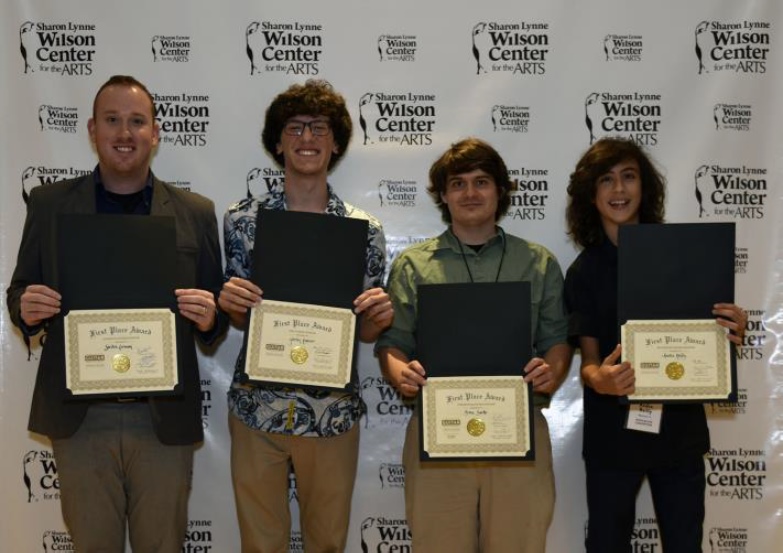 Brookfield, WI (August 23, 2016) Hailing from 12 cities around the country, the winners of the fourth annual Wilson Center Guitar Competition & Festival were announced on Saturday, Aug. 20, 2016, at the Sharon Lynne Wilson Center for the Arts (Wilson Center). Semi-final and final competition rounds took place over the three-day event from Aug. 18-20, with 55 guitarists from 35 cities around the world invited to compete for their share of $22,000 in cash prizes.

“Since 2013, the Wilson Center Guitar Competition & Festival has welcomed more than 200 competitors from 18 different countries, and it is our goal to make sure that they receive a life-changing experience,” said Guitar Festival Manager Don Sipe. “From the connections they make with their fellow competitors to the opportunity to share ideas and jam with fellow guitarists to the master classes offered by seminal performers, this weekend is a tremendous stepping stone in each of their careers.”

The complete list of all semi-finalists invited to the 2016 competition is available online at www.wilson-center.com/guitar-2016-semifinalists.

Now in its fourth year, the Wilson Center Guitar Competition & Festival is the only guitar competition and festival in the world to feature four different genres—Rock/Blues, Jazz, Classical, and Fingerstyle—with simultaneous live competitions, master classes, guitar industry exhibits, and ticketed concert events. Opportunities to participate in the Wilson Center Guitar Competition & Festival were not limited to competitors. In addition to the live competition rounds that were free and open to the public, this year’s festival included ticketed world class headliners Duo Montesinos Tamayo, Andy McKee, and Al Di Meola, and activities for music lovers of all ages.

Planning is already underway for the fifth anniversary in 2017, and as a result of a generous donation from Milwaukee-area business leader Mark Cameli, the Wilson Center was able to announce to competitors and audiences in attendance at the Di Meola concert on Saturday that there will be an increase in next year’s prize money. First place winners in all four genres will receive $5,000; second place will receive $2,000; and third place will receive $1,000.

About the Sharon Lynne Wilson Center for the Arts
The Sharon Lynne Wilson Center for the Arts is one of the finest multi-disciplinary cultural arts centers in the United States, with a mission to be the catalyst for lifelong discovery and exploration of the Arts. As a year-round hub of activity, the Wilson Center presents performances by world-renowned artists and ensembles; offers arts education opportunities; curates the Ploch Art Gallery, which features both national and Wisconsin-based fine artists; and is committed to extending the arts beyond the walls of the Center through Lynn Chappy ArtsPark—a vibrant, outdoor sculpture landscape that will engage and inspire the broader Southeastern Wisconsin Community. In August, the annual Wilson Center Guitar Competition & Festival celebrates the world’s leading classical, rock/blues, jazz, and fingerstyle guitarists. The Center nurtures lifelong learning through innovative programs and classes for all interests, ages, and abilities in state-of-the-art studios and classrooms. Some of Southeast Wisconsin’s finest arts organizations offer professional instruction at the Wilson Center, including First Stage Theater Academy, Trinity Irish Dance Academy, and the Wisconsin Conservatory of Music. From performances and recitals to meetings and special events, our beautiful spaces are available for rental to individuals, schools, organizations, and corporations throughout the community. To learn more, visit www.wilson-center.com.