UWM’s McLellan gets $1.5 million grant for work on pollution tracking

This work builds on McLellan’s work that contributed to the cleanup of Milwaukee’s Bradford Beach. 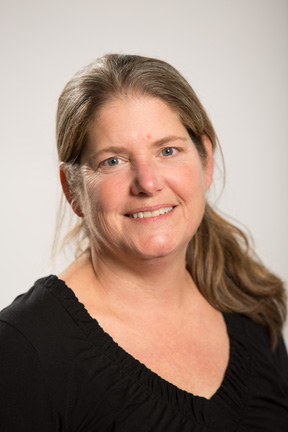 MILWAUKEE _ Sandra McLellan, professor at the University of Wisconsin-Milwaukee’s School of Freshwater Sciences, has received a four-year, $1.5 million grant to search for better tools to assess water pollution affecting rivers and beaches in urban areas.

Currently, health departments across the country use E. coli and fecal coliforms as the main indicators of pollution in urban waterways. Because these markers do not clearly identify whether the sources are animal or human, the health risk to humans is unclear, as are the actions needed to mitigate the source of pollution.

McLellan and her team are using DNA sequencing techniques to identify source-specific microorganisms that indicate whether contamination comes from cows, dogs, birds, wildlife, or even humans, and enable better detection and tracking of sewage contamination and waterborne disease threats. The long-term goal is to replace E. coli and fecal coliforms nationally and internationally with these improved indicators.

This work builds on McLellan’s work that contributed to the cleanup of Milwaukee’s Bradford Beach. She is also conducting research to find ways to improve water quality at South Shore Park’s beach in Bay View, as well as identify leaky storm- and wastewater infrastructure in Milwaukee and Wauwatosa.

The grant, from the National Institutes of Health, will be paid out over four years. It follows the award of a foundational NIH grant in 2011.

Recognized as one of the nation’s 115 top research universities, UW-Milwaukee provides a world-class education to more than 27,000 students from 81 countries. Its 14 schools and colleges include Wisconsin’s only schools of architecture, freshwater sciences and public health, and it is a leading educator of nurses and teachers. With a budget of $667 million, UW-Milwaukee partners with leading companies to conduct joint research, offer student internships and serve as an economic engine for southeastern Wisconsin. The Princeton Review named UW-Milwaukee a 2016 “Best Midwestern” university based on overall academic excellence and student reviews.

About UWM’s School of Freshwater Sciences

The School of Freshwater Sciences at UW-Milwaukee is the only school in North America solely dedicated to freshwater issues and the largest water-focused academic institution on the Great Lakes.

Aug 7th, 2020 by University of Wisconsin-Milwaukee

Aug 3rd, 2020 by University of Wisconsin-Milwaukee

Jul 16th, 2020 by University of Wisconsin-Milwaukee