Chen joined the UWM’s College of Engineering & Applied Science in 2003. 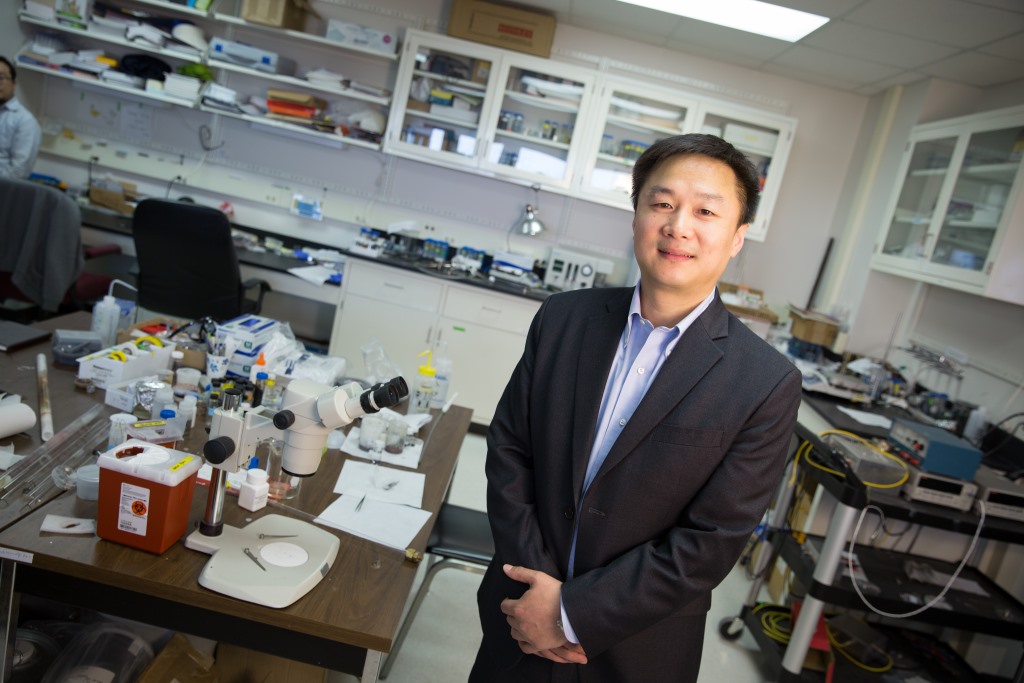 MILWAUKEE _ A UWM distinguished professor has been named one of world’s most cited academic researchers in the field of engineering by Clarivate Analytics, a leading company that monitors scholarly data.

Junhong Chen is among 3,300 researchers from 900 institutions who have produced a high number of papers that rank in the top 1 percent most-cited in a field over an 11-year period.

This recognition amounts to having “won peer approval in the form of high-citation counts,” according to Clarivate Analytics, and it means the listed researchers’ discoveries inspire and challenge colleagues in their field to further advance the work.

Chen joined the UWM’s College of Engineering & Applied Science in 2003 and was named a distinguished professor of materials and mechanical engineering in 2015.

His publishing reflects a wide range of research interests, including carbon nanotubes and hybrid nanomaterials, nanostructured sensors with wide applications, and renewable energy and corona discharges.

He has developed a unique, inexpensive method of producing nanoparticles for use in advanced technology devices. In 2009, he and businessman Edward Corrigan founded NanoAffix LLC, the first startup company gleaned from UWM faculty research.

“Dr. Chen has been a steady and prolific researcher and author during his time at UWM,” said Mark T. Harris, vice provost for research. “It comes as no surprise that he ranks among the most cited researchers in the world. This recognition demonstrates the value of his research into the potential and nature of nanomaterials.”

Chen said he is gratified that so many researchers around the globe are interested in his lab’s work.

“I started my academic career at UWM 14 years ago, immediately after I completed my Ph.D. and postdoc training,” he said. “Therefore, this honor also belongs to UWM. As an R1 institution, it has enabled me to grow my career and research program, which I really appreciate.”

Clarivate Analytics uses science performance metrics, based on paper publication from more than 33,000 scholarly journals in 21 disciplines. Institutions with the most researchers on the list include Harvard University, Stanford University and Germany’s Max Planck Society.

Chen received his master’s and doctoral degrees in mechanical engineering from the University of Minnesota and was a postdoctoral scholar at the California Institute of Technology. His research has led to 11 patents and patent applications, four of them licensed to his startup company, NanoAffix Science LLC.

He is currently on a leave of absence to serve as program director of the Engineering Research Centers at the National Science Foundation but retains his faculty status.

Jan 25th, 2023 by University of Wisconsin-Milwaukee

Jan 24th, 2023 by University of Wisconsin-Milwaukee

Nov 9th, 2022 by University of Wisconsin-Milwaukee