MADISON, Wis.—Andrew S. Petersen, President of the University of Wisconsin System Board of Regents, today appointed a nine-member Search and Screen Committee to help identify a successor to UW System President Ray Cross.

Cross announced last week he is retiring after a 42-year career in higher education, including serving as UW System president since February 2014. Cross is the seventh full-time System president.

Regent Vice President Michael M. Grebe will chair the Search and Screen Committee. Other members of the committee are as follows:

“The Search and Screen Committee will operate in a timely, transparent, and thorough manner to find the next president of the University of Wisconsin System,” Petersen said. “Our System is nationally and internationally recognized, and we expect many highly qualified candidates to apply for this important position.”

Petersen said after the Committee is charged, faculty, staff, students, and other stakeholders will have several public opportunities to provide input on the qualities sought in the next UW System president.

The Search and Screen Committee will engage the assistance of a national search firm to identify and screen candidates. The Committee will determine and interview candidates; the successful candidate will require the approval of the full Board of Regents.

The University of Wisconsin System is made up of two doctoral universities, 11 comprehensive four-year universities, 13 additional campuses, a statewide extension, and UW Extended Campus. One of the largest university systems of public higher education in the country, it educates approximately 170,000 students and awards nearly 37,000 degrees annually, putting graduates in position to increase their earning power, contribute to their communities, and make Wisconsin and the country a better place to live. The UW System provides a 23:1 return on state investment. UW System institutions also contribute to the richness of Wisconsin’s culture and economy with groundbreaking research, new companies and patents, and boundless creative intellectual energy. 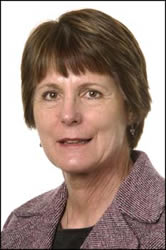 May 26th, 2020 by University of Wisconsin System

May 18th, 2020 by University of Wisconsin System

May 4th, 2020 by University of Wisconsin System