Level the playing field for our hardworking Wisconsin dairy farmers 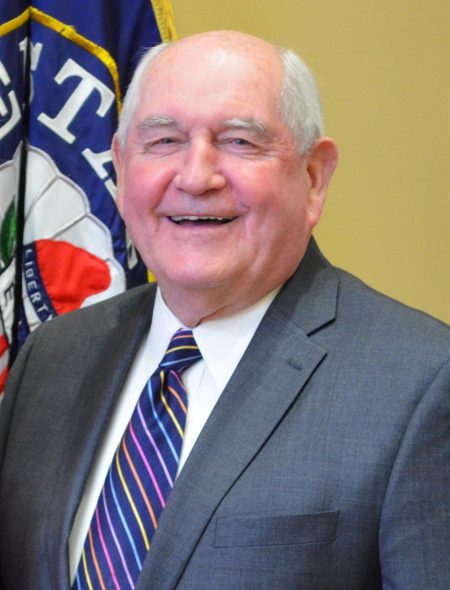 Sonny Perdue. Photo is in the Public Domain.

WASHINGTON, D.C. – U.S. Senator Tammy Baldwin announced she will vote for Sonny Perdue for Secretary of the Department of Agriculture (USDA) today. Senator Baldwin also encouraged Perdue to visit Wisconsin and called for the Trump Administration to act on restrictive Canadian trade barriers that are hurting American dairy farmers and processors.

“I’m pleased to vote for Agriculture Secretary nominee Sonny Perdue today and I look forward to working together to strengthen Wisconsin’s agricultural economy and our rural communities,” said Senator Baldwin. “The first order of business is for the new Agriculture Secretary and the Trump Administration to act on restrictive Canadian trade barriers that are hurting American dairy farmers and processors. We need to make sure that Canada rescinds their unfair policy and plays by the rules. The Administration should also act immediately to assist impacted farmers directly. Following his confirmation, I encourage Secretary Perdue to come to Wisconsin to talk with our hardworking Wisconsin dairy farmers who need a level playing field. I stand as a willing partner to work with Secretary Perdue and President Trump to address this urgent issue. Dairy farmers should not have their businesses ruined and lives upended as a result of this unfair trade practice.”

Senator Baldwin has been sounding the alarm since last September about Canada’s trade barriers and how they are harming Wisconsin dairy farms: