Nelson, a fifth-generation Wisconsinite and preacher’s kid who has won SIX TIMES in a Trump-won county, is the ONLY candidate who has walked the walk when it comes to the issues most important to the Badger State and which set him apart as the best choice to take on Johnson.

Advocacy for Medicare for All

Never being tied to corporate interests or millionaire wealth

No other candidate in the race has the experience, track record or background as Nelson (background below).

The Nelson campaign also released a tweet about the scorecard. 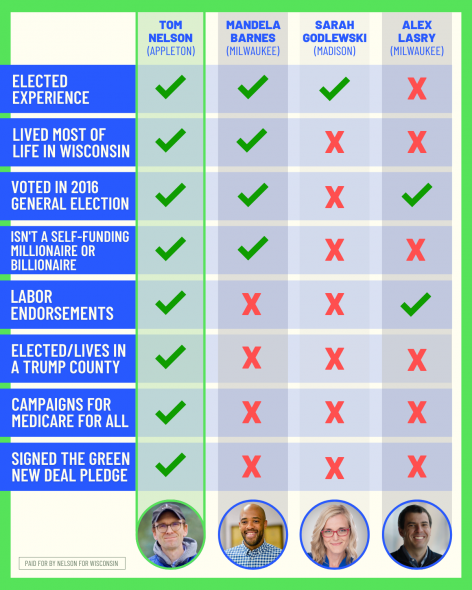 Expressed disappointment no other candidate standing up for workers