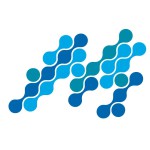 Three New Members Join The Water Council Board of Directors

The new board members were elected at the fourth quarter board meeting held on December 8, 2017..

MILWAUKEE (January 30) – The Water Council today announced the appointment of three new board members to the full board of directors beginning in 2018. The new board members are national business executives with a variety of public and private sector backgrounds.

“By expanding the board with experts on technology development, public-private partnerships and strategic business management, our capabilities and strengths as a growing global organization are immediately enhanced,” said Rich Meeusen, co-chair and co-founder of The Water Council and president / CEO / chairman of Badger Meter. “With this expansion we also expect to substantially increase our impact and alignment with our state and cluster’s business and workforce attraction vision.”

Scott Beightol serves as outside general counsel to businesses, owners, and boards of directors to ensure legal compliance of their operations and initiatives. He advises clients in a variety of industries but is particularly experienced in advanced manufacturing, transportation, healthcare, and financial services. Scott also represents businesses before federal and state courts and administrative agencies throughout the country in all areas of employment law and commercial law.

Scott’s abilities and professionalism have been observed and recognized by clients, peers, and judges alike. He has been listed in The Best Lawyers in America for more than 10 years. Chambers USA has recognized Scott as a leading labor & employment lawyer since 2008, and he has been named one of the 100 Most Powerful Employment Lawyers by Human Resources Executive since 2011. Scott serves on several boards and is active with the U.S. Chamber of Commerce. He is a graduate of the College of the Holy Cross (MA) and earned his J.D. from the University of Wisconsin-Madison.

Tricia Braun brings nearly 20 years of economic development leadership experience in three states. Before joining the Wisconsin Economic Development Corporation (WEDC) in November 2013, she was the director of economic development in Riverside, Calif., a city of more than 300,000 people. In that role, she oversaw the attraction and subsequent construction of numerous major commercial and industrial projects that brought thousands of new jobs and several hundred million dollars in new capital investment to Riverside. She was also a key leader in efforts to develop Riverside’s economic development strategy, “Seizing Our Destiny,” a collaboration based movement centered on improving the overall quality of life in the region.

Jim Zarzycki is the former Director of the DOD Edgewood Chemical Biological Center at Aberdeen Proving Ground, MD. There he directed the efforts of over 1,500 scientists, engineers, and technicians working in chemical and biological defense technologies. He also managed technology development efforts in support of several national and international chemical and biological security programs.

He has over 25 years of leadership at public and private organizations dealing with toxic and hazardous materials. This includes work as a senior vice president for a national environmental consulting firm, where he directed operations for assessing and remediating hazardous waste sites. He currently consults for the Department of Homeland Security and serves on the National Advisory Council to the Federal Laboratory Consortium for Technology Transfer.

The new board members were elected at the fourth quarter board meeting held on December 8, 2017 in Wauwatosa, Wisconsin at WIPFLI, a long-time member of The Water Council.

The selected winners will be awarded funds at an upcoming Water Council Membership Meeting.

The program connects water-related businesses with potential sites and funding to further validate and commercialize technologies.