The People of Milwaukee Have Spoken Again: Defund the Police

Today, the African American Roundtable released the following statement in response to the City of Milwaukee’s Budget Public Hearing held on Aug. 17.

“We are deeply disappointed with Mayor Tom Barrett’s budget hearing. A couple of our staff members were denied the right to speak, and that’s unacceptable. We don’t know how many more residents were done the same way. We will continue to fight for a Milwaukee where all residents have the freedom to thrive—and we are just getting started.

An overwhelming majority of residents who spoke at yesterday’s hearing are fed up with Milwaukee police receiving such a large percentage of the city’s budget. Their share has remained relatively the same over the years although crime has increased. Giving MPD more money is not the answer to solve the city’s crime problem. Nor will it stop reckless driving, which is what the mayor repeatedly pivoted to every time residents mentioned decreasing the police department’s budget.

We ask that all residents join us in demanding a $75 million divestment from MPD and investment in public health, cooperative housing and employment. We also demand that the city creates a participatory budgeting process and does not spend one dime from American Rescue Plan Act funds on police.

As we look at the recent fatal shooting of Broderick Shelton, Jr. by MPD, we are painfully reminded that our communities are overpoliced and underfunded. According to his family, Shelton had a mental disability, and instead of getting the help he needed, he was gunned down in the street like an animal.

We won’t stand for this and won’t stop fighting for Broderick and the rest of our communities until we LiberateMKE.” 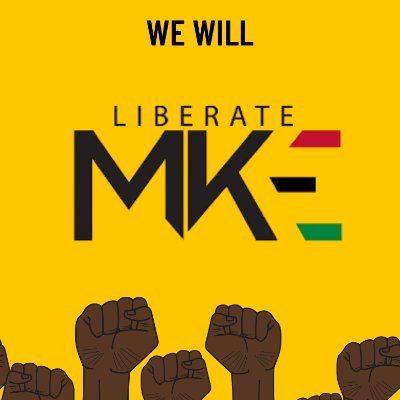 Coalition of Milwaukee Organizations Working to Get Real Decision-Making Power to Milwaukee Residents Through Participatory Budgeting.

Our Demand Has Not Changed!