In its third year, the Florentine Opera’s Summer Residency Program Artists have been selected through a competitive audition process.

In its third year, the Florentine Opera’s Summer Residency Program Artists have been selected through a competitive audition process. Throughout the summer, these young singers will receive expert coaching while living on-site in Riverwest and performing at the community events listed below. 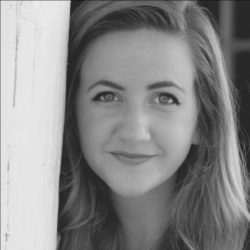 Olivia Doig (Soprano) – Olivia Doig first fell in love with performing as a child while singing in children’s choruses at the Lyric Opera of Chicago. She now performs a range of classical and musical theater repertoire across the Midwest. Recent performance highlights include Josephine in HMS Pinafore (Ohio Light Opera), Amor in Ariane et Bachus (Haymarket Opera), the title role in Patience (Gilbert and Sullivan Company, Inc.), the soprano soloist in Vivaldi’s Gloria (Hinsdale Chorale), and Gabriel in Haydn’s Creation (Tallahassee Chorus). Olivia received her Master’s of Music from Florida State University in 2016 and will begin her Doctoral studies at the University of Illinois in 2019 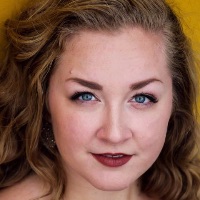 Grace Wipfli (Soprano) – Grace Wipfli has most recently appeared as Anne Trulove in Stravinsky’s The Rake’s Progress. She earned her Master’s of Music from Northwestern University, where she studied with Sunny Joy Langton. While at Northwestern, she appeared as The Governess in Britten’s The Turn of the Screw, Donna Anna in Don Giovanni and Sa femme in Darius Milhaud’s Le pauvre Matelot. Ms. Wipfli also served as the Assistant Director of Northwestern’s production of Berlioz’s Béatrice et Bénédict.  Last summer, she spent time in Hawaii working on a production of Stephen Sondheim’s Sweeney Todd in which she portrayed the Beggar Woman and also covered Mrs. Lovett. 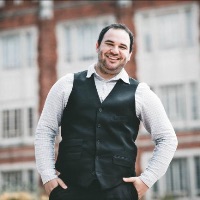 Nathaniel Catasca (Tenor) – Nathaniel Catasca is a tenor from Albuquerque, New Mexico.  He is a recent graduate of the Eastman School of Music, having completed a Master’s in Performance and Literature under the study of Robert Swensen.  During his undergraduate studies at the University of Oklahoma, Mr. Catasca had his solo debut as Ernesto in Donizetti’s Don Pasquale in the Spring of 2017. That summer, Nathaniel attended the Music Academy of the West, studying with Marilyn Horne, Martin Katz, John Churchwell, among others. During his time at Eastman School of Music, Catasca participated in many events, such as the role of Tenor I in Ricky Ian Gordon’s Tibetan Book of the Dead, as well as taking second place in the Friends of Eastman Opera Vocal Competition. 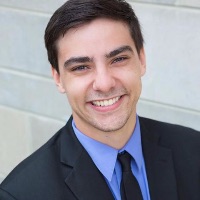 Ian Murrell (Baritone) – Mr. Murrell’s role credits include Belcore in Donizetti’s L’Elisir d’amore, Le Marquis de la Force in Poulenc’s Dialogues des Carmélites, Enrico in Donizetti’s Lucia di Lammermoor, Harry Bailey in Jake Heggie’s It’s A Wonderful Life, and Ned Keene in Benjamin Britten’s Peter Grimes– all at Indiana University Opera Theater. Other operatic credits include Gil in Ermano Wolf-Ferrari’s Il segreto di Susanna, Bob in Gian Carlo Menotti’s The Old Maid and the Thief, and Papageno in Mozart’s Die Zauberflöte. Ian has also portrayed Yamadori in Puccini’s Madama Butterfly in a staged production with the Evansville Philharmonic Orchestra as well as Riff in Bernstein’s West Side Story under the baton of Maestro Alfred Savia. Ian is an alumnus of the Asheville Lyric Opera young artist program, Aspen Music Festival and School, and the Chautauqua Opera’s Young Artist Program. He is a graduate of the University of Evansville and the Indiana University Jacobs School of Music. Ian will be joining the chorus of Lyric Opera of Chicago for their production of Götterdämmerung in the Spring of 2020.

SUMMER COMMUNITY PERFORMANCES
The Florentine Opera’s Summer Residency Artists will perform a variety of music throughout the Milwaukee area and beyond. Many of these community performances are free to the public. Find more event details at florentineopera.org.

The Summer Residency Artists will also perform in two @ The Center Series concerts, which will be held at the Wayne & Kristine Lueders Florentine Opera Center in Riverwest (926 E. Burleigh Street).

Tickets for the @ The Center Series concerts are $25 and are on sale through the Florentine Opera Box Office at 1-800-32-OPERA.