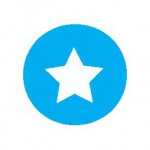 WASHINGTON, DC – The Collective Education Fund, one of the nation’s largest organizations engaging Black voters across the country has teamed up with Grammy, Emmy, and Oscar award-winning artist Common, and nationally recognized DJ D-Nice to kick off a nine-city early voting engagement effort on Saturday, October 24 — National Early Voting Day.

Vote To Live: Party at the Polls — will encourage Black voters in Milwaukee and in other key cities to cast their ballots early during events that will feature live music and guest appearances by professional athletes and entertainers. The Milwaukee event will feature special guest Alex Edwards, a local community leader. All events will be held from 10:00 a.m. to 2:00 p.m. local times and will include proper social distancing protocols

Common will appear and perform during the event in Jacksonville. D-Nice, who’s performed at the Grammy Awards, and at The White House for former President Barack Obama and First Lady Michelle Obama, will host a live stream from 12:00pm to 3:00pm EST, where he will appear virtually in various cities.

“We’re less than two weeks from Election Day, and the stakes couldn’t be higher,” said The Collective’s Co-founder and Executive Director, Stefanie Brown James. “Over the next 10 days, we need to do everything possible to encourage Black voters to head to the polls and cast their ballots. The Black vote has the power to win this upcoming election and change the course of our current history. To date, we’ve seen more Black voters head to the polls than four years ago, and we’re working hard to continue this moment. We’re launching the Vote to Live: Party at the Polls initiative as a sprint towards Election Day.”