The Airmen of Note of the United States Air Force Perform Free Concert on Wednesday, May 1 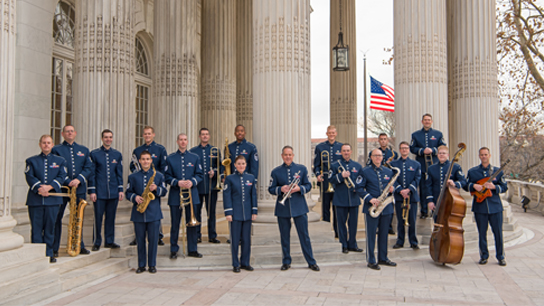 Airmen of Note. Photo courtesy of the Marcus Center for the Performing Arts.

MILWAUKEE, WI (Wednesday, April 24, 2019)-The Airmen of Note is the premier jazz ensemble of the United States Air Force.  The ensemble will be performing in the Marcus Performing Arts Center’s Uihlein Hall on Wednesday, May 1 at 7:30 pm. This event is FREE and is sponsored by WaterStone Bank.

General admission ticket is required and is available in person at the Marcus Center’s Box Office at 929 North Water Street, Downtown Milwaukee or by calling 414-273-7206. Milwaukee native Major General James Jacobson will be attending the performance as well.

Stationed at Joint Base Anacostia-Bolling in Washington, D.C., it is one of six musical ensembles that comprise The U.S. Air Force Band. Created in 1950 to continue the tradition of Major Glenn Miller‘s Army Air Forces dance band, the current band consists of 18 active duty Airmen musicians including one vocalist.

Through the years, the Airmen of Note has presented its own brand of big band jazz as well as more contemporary forms of jazz to audiences via annual tours across the United States, deployments around the world and local performances throughout metropolitan Washington, D.C. For smaller, more intimate venues, the Airmen of Note Combo and various individual musicians perform apart from the full band to support military and civilian ceremonial and diplomatic events.

Their commitment to musical excellence has earned the respect of the foremost jazz artists from around the globe, leading to many collaborative performances and recordings with such luminaries as Dizzy Gillespie, Joe Williams, Sarah Vaughan and Doc Severinsen. In 1990, the Airmen of Note established the Jazz Heritage Series, featuring the “Note” in concert with legendary icons of jazz. The Jazz Heritage Series is broadcast to millions over National Public Radio, independent jazz radio stations, satellite radio services and the Internet. In addition, the “Note” produces and delivers recorded music to millions of fans worldwide through hundreds of media outlets. One of the group’s holiday recordings, “Cool Yule,” reached #2 on the JazzWeek jazz chart.

As part of The U.S. Air Force Band, The Airmen of Note honors those who have served, inspires American citizens to heightened patriotism and service, and positively impacts the global community on behalf of the U.S. Air Force and the United States. The excellence demonstrated by these Airmen musicians is a reflection of the excellence displayed by Airmen stationed around the globe. Each member is proud to represent all Airmen, whose selfless service and sacrifices ensure the freedoms we enjoy as citizens of the United States of America. 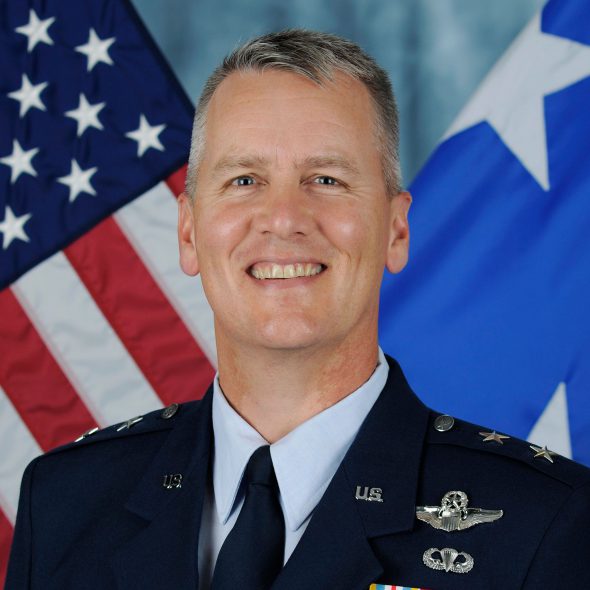 James A. Jacobson. Photo courtesy of the Marcus Center for the Performing Arts.

General Jacobson received his commission from the U.S. Air Force Academy in 1990. He has commanded operational units at the squadron and wing level and served as Vice Commander of the 60th Air Mobility Wing. He has served on United States Africa Command and Headquarters U.S. Air Force Command staffs. Prior to his current assignment, he served as Inspector General for Headquarters Air Mobility Command, Scott Air Force Base, Ill.

ABOUT THE MARCUS PERFORMING ARTS CENTER
Established in 1969, the Marcus Performing Arts Center is the premier performing arts community gathering space in Southeastern Wisconsin. As the Marcus Center moves into its 50th year, it continues to build bridges between diverse members of our community through high-quality arts entertainment in the region and the state. The touring Broadway series, sponsored by Associated Bank, is recognized as bringing the best of Broadway entertainment to Milwaukee for the past 20 years and provides opportunities to educate, entertain and engage audiences. The Marcus Center is also the home to the Milwaukee Symphony, Milwaukee Ballet, Florentine Opera, First Stage plus a variety of other important community and family events throughout the year. For more information about events visit the Marcus Center website at www.MarcusCenter.org.  The Marcus Center is a private non-profit 501(c) 3 corporation and is a dedicated veterans memorial in Milwaukee.