WAUWATOSA – As the Milwaukee County Board and other government bodies meet to discuss their 2021 budgets, Supervisor Shawn Rolland (District 6) is calling for the community to prioritize job creation, economic development and racial equity. Milwaukee County currently ranks 71st out of 72 counties in health outcomes, according to the University of Wisconsin Population Health Institute’s 2020 County Health Rankings. Numerous prestigious medical journals have articulated the link between people’s wealth and health. In fact, a 2016 study by Raj Chetty, PhD, of Stanford University, “found a gap in life expectancy of about 15 years for men and 10 years for women when comparing the most affluent 1% of individuals with the poorest 1%.”

“Families are hurting in this COVID-19 environment: our metro Milwaukee area has 62,000 fewer jobs than it did a year ago and that economic impact takes a toll on our health,” says Sup. Rolland. “It’s critical to prioritize saving jobs, creating good jobs and closing the racial wealth gap that’s defined our county for too long. Milwaukee County has a strategic plan and a vision to be the healthiest county in Wisconsin. The link between people’s wealth and health are undeniable – closing the racial wealth gap will close the racial health gap faster.”

The economic impact of COVID-19 on Milwaukee County has been massive. In August 2020, there were 62,600 fewer jobs than were in August 2019 in the metro area, according to the Metropolitan Milwaukee Association of Commerce (MMAC). Out of 515 major metro American cities, the City of Milwaukee currently ranks 456th in jobs growth, 437th in population growth and 418th in the growth of new businesses.

Before the pandemic began, Milwaukee County’s economy was lagging other areas of the state. According to the U.S. Bureau of Economic Analysis, between 2007 and 2018, Milwaukee County’s Gross Domestic Product (GDP) increased just 1.5%. During that same period:

While the metro area’s relatively stagnant economy affects everyone, and limits the ability of local governments to generate revenue to maintain and grow constituent services, its impact alongside the legacy of systemic racism in our economic and political systems continues to negatively affect people of color. Inequitable access to good-paying jobs, affordable housing, education and health care, inequitable hiring and promotion practices, imbalances in policing and criminal justice have all contributed to the racial health and wealth gap.

A report by the Corporation for Economic Development and the Institute for Policy Studies suggests that it will take 228 years for Black families in America to accumulate the same amount of wealth as whites. Closing the racial wealth gap would help the U.S. increase its GDP by 4 to 6% over the next decade, according to a McKinsey & Company report.

On the Milwaukee County Board, Supervisor Rolland represents neighborhoods in Wauwatosa, West Allis and Milwaukee’s westside.

County Board Chairwoman Marcelia Nicholson announced today that Board of Supervisors will hold its official public hearing on the 2021 budget on Friday, October 30, at 4:00 p.m. In the interest of public health, this year’s hearing will be held online. The public is encouraged to register in advance at County.Milwaukee.gov/CountyBoard if they want to speak during the public hearing. Public comment is limited to 2 minutes per person. The annual budget hearing is an opportunity for the public to speak directly to their County Supervisor about the County budget. Supervisors will consider amendments to the County Executive’s budget on Oct. 26, 27, 29, and Nov. 4, before adopting a final budget on Nov. 9. 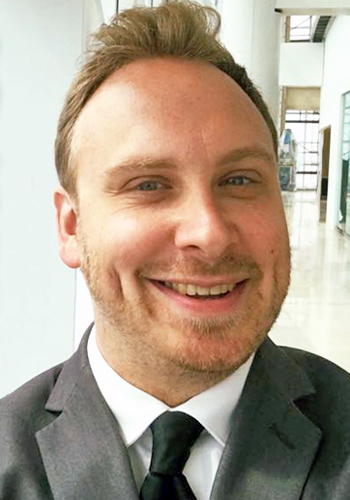 Committee will kick off effort to seek community feedback and build recommendations to strategically allocate $183.6 million in federal funding