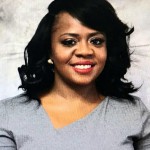 “As Chairwoman of the Transportation and Transit Committee I appreciate and respect all comments, testimonies, and viewpoints that are relevant to the agenda of our committee meetings,” said Supervisor Coggs-Jones. “At our most recent meeting we heard from many members of the public on a variety of topics. All dialogue and discussion were germane to the agenda. As a woman, mother, and advocate for the people, I ran for public office to be a voice and provide residents with a platform to address their concerns. As Chairwoman of this committee, I will always push back on any efforts to limit the public’s ability to share their valuable insights at our meetings. Our proceedings are held in a public government building supported by taxpayer dollars. To even discuss limiting people’s ability to weigh in on items before our committee is against everything this country is supposed to stand for. I applaud President Donnell Shorter, Vice-President Michael Brown and the many ATU members who shared their experiences regarding safety on MCTS as well as my colleague Supervisor Patti Logsdon.”

At the committee meeting Milwaukee County constituents shared their concerns regarding safety on MCTS buses and some became emotional when discussing violence and trauma they have experienced or seen.

“I wholeheartedly support the ATU members and MCTS employees who dedicate themselves to our public transit system daily,” concluded Supervisor Coggs-Jones. “My grandmother, State Representative Marcia Priscilla Coggs, always said, ‘Whether we are playing the Star-Spangled Banner or Lift Every Voice and Sing, it takes the black and white keys to work together in making the music.’ I’m down for all of us working together for the greater good of Milwaukee County residents. Let’s be kind and work to improve the quality of life for all in Milwaukee County.”