"Despite consistent claims by advocates for dental therapy that this proposal is revenue-neutral and comes at no cost to taxpayers, the Governor is now proposing directly subsidizing the creation of a dental therapy program."

“The WDA appreciates the increased attention paid to oral health policy in the last several years, particularly for the underserved. Increasing access to care is central to the mission of Wisconsin dentists and has been our top priority for many years.

“Given that, we were surprised to learn of Gov. Evers’ proposals via the media. Neither WDA, which represents over 70 percent of dentists across the state, nor Marquette University, home to the state’s only dental school, has been involved in the development of these proposals.

“We are particularly concerned with the idea of bringing dental therapy to our state. Despite consistent claims by advocates for dental therapy that this proposal is revenue-neutral and comes at no cost to taxpayers, the Governor is now proposing directly subsidizing the creation of a dental therapy program. This takes away funds that should go toward increasing reimbursement rates for those dentists already seeing Medicaid patients. Wisconsin’s dental Medicaid rates are 48th in the nation, reimbursing on average 27 cents for every dollar. Any new money directed toward providers should first go to reimbursing the hard-working dental professionals who already spend time and energy seeing many high-need patients at a significant loss. Instead, this proposal calls for funding a workforce concept that, according to all available data, fails to show any evidence of increasing access levels for underserved populations.

“Finally, we object – strongly – to the characterization that there is a dental workforce shortage in Wisconsin. It is true that too many Medicaid recipients in Wisconsin are unable to find a dentist that accepts Medicaid. However, the overall number of providers is not the problem. Too many providers are simply unable to see Medicaid patients because of incredibly low reimbursement rates and a series of other factors.

“WDA has worked with a number of our healthcare industry partners to create a bipartisan, comprehensive oral health access agenda. We look forward to releasing our ideas very soon, and to working with Gov. Evers, our state Legislature and our state’s leaders to truly make a difference when it comes to access to care in Wisconsin.”

About the Wisconsin Dental Association

The Wisconsin Dental Association has 3,100 member dentists and a number of dental hygienists. With just 3,500 licensed dentists in the state, the WDA is the leading voice for dentistry in Wisconsin. WDA members are committed to promoting professional excellence and quality oral health care.

Established in 1870, the WDA is headquartered in West Allis and has a legislative office in Madison. The WDA is affiliated with the American Dental Association – the largest and oldest national dental association in the world. Learn more at www.wda.org. 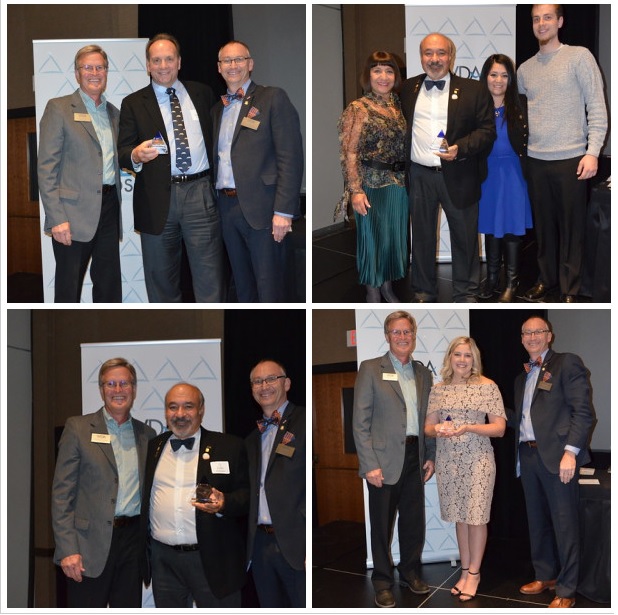 Dr. Julio Rodriguez was one of 14 dentists and oral health advocates honored at the WDA’s annual Pyramid of Pride Awards held Nov. 8 at The Lismore Hotel in Eau Claire.

"Despite consistent claims by advocates for dental therapy that this proposal is revenue-neutral and comes at no cost to taxpayers, the Governor is now proposing directly subsidizing the creation of a dental therapy program."