I am deeply saddened by the passing of a friend and member of our law enforcement family, Deputy Inspector Samuel Leatherwood (Ret.). Sam was a man of many talents and gifts. Two that stood out the most were his warmth and friendliness. Sam had such an easiness in his approach to and interaction with people. He was someone who genuinely cared about others and conveyed that attitude with friends and strangers alike. He was the consummate law enforcement professional in his time at the Milwaukee County Sheriff‘s Office. He would always extend a helping hand to members of the law enforcement family and deeply cared about the advancement of women and people of color in the profession. Through his work with the National Organization of Black Law Enforcement Executives (NOBLE), Sam helped to ensure that everyone had the opportunity to advance through the ranks in their agency. He was respected by his peers and gave more to everything in life than he asked for in return. Sam fought a courageous battle with a long-term illness, but he did it with dignity and grace. Sam leaves legions of friends and former colleagues, including a daughter who followed in his footsteps at the Sheriff’s Office. On behalf of the Milwaukee County Sheriff’s Office, I send our deepest condolences to his wife, Alma, daughter, Sonja, son, Anthony and his entire family, friends and loved ones. May a star guide him safely home to his rest with the ancestors. 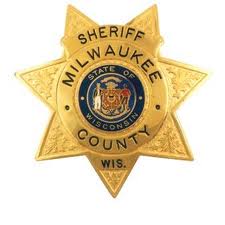