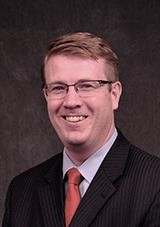 Ed Eberle. Photo from the State of Wisconsin.

DNR Deputy Secretary Kurt Thiede is leaving the administration for a chief of staff position at the EPA’s Region 5 office in Chicago. Ed Eberle, the current assistant deputy secretary, is appointed to the deputy secretary’s role and Patrick Stevens, now the division administrator for the agency’s Environmental Management division, is appointed as the new Assistant Deputy Secretary.

These appointments will be effective Monday, February 19, 2018. Ed and Pat will now join Secretary Dan Meyer in leading the agency on its mission of protecting and enhancing our natural resources for all.

“I look forward to working with these two accomplished people in their new leadership roles,” said Secretary Meyer. “Their knowledge, experience and dedication to our mission and values will help guide us as we move forward.”

Ed Eberle has been with the administration since 2011 and joined DNR as assistant deputy secretary two years ago, bringing 20 years of knowledge and experience in state service in both the legislative and executive branches. Prior to DNR, Ed was the division administrator of Intergovernmental Relations at the Department of Administration, where he was active with stakeholders, local governments and state agencies as well as being the liaison between the governor’s office and the eleven sovereign tribal governments.

Patrick Stevens was appointed division administrator at DNR in February 2011, overseeing many of the department’s environmental programs. Prior to his service at DNR, Pat worked for several different associations and in those roles, including that of legal counsel, worked closely with DNR on a wide range of environmental issues. Pat also served as an assistant attorney general in North Dakota from 1988-1992, working with that state’s Natural Resources and Indian Affairs Division and the Tax Commissioner’s office.

Kurt Thiede has been with the DNR for 19 years in various capacities.

“Kurt has played an integral role here at the DNR and has been a valuable member of the leadership team,” said Secretary Meyer. “We appreciate Kurt’s dedication to public service and wish him well in his new position.”

Kurt was appointed deputy secretary in March 2015. He led the department through the recent two-year alignment process that has the agency working more effectively and efficiently for the citizens of Wisconsin. He has been instrumental in helping the agency become more customer service focused and willing to help citizens and businesses find solutions to their issues within the law. 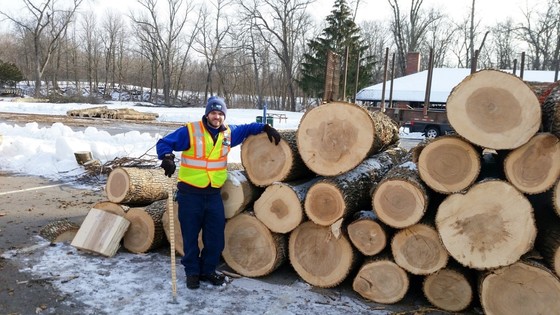