Headlined by FMP co-chair, Governor Susana Martinez, the FMP summit gathered New Mexico elected officials along with female and diverse leaders from across the nation to strategize on best practices and work together to recruit candidates that reflect the full diversity of America.  Earlier this year, the RSLC announced FMP had exceeded the 2014 goals for recruitment by identifying 244 new, diverse candidates and 558 new women running for office.

“I am honored to join the Future Majority Project’s mission to enhance the ranks of the Republican Party by ensuring more candidates across the nation reflect our nation’s beautiful and full diversity,” said Baldonado.  “As a member of the Future Majority Caucus Board I look forward to aiding our candidates to make significant gains in 2014 and beyond.”

New Mexico Secretary of State Dianna Duran, who also participated in the summit, added, “I am grateful for the opportunity to host this gathering in my home state. Through the Future Majority Project and “Right Women, Right Now,” the RSLC is leading the way in recruiting strong candidates across our state and across our nation to run and win.   I congratulate my friend Alonzo Baldonado on being named as a leader for the Future Majority Project and I look forward to working together to elect these candidates.”

Lieutenant Governor John Sanchez concluded “On behalf of the Future Majority Project we thank Governor Susana Martinez for headlining our summit and for her leadership and vision in helping the RSLC support women and diverse candidates everywhere.  New Mexico’s top three statewide elected officials are Hispanic Republicans, and we are proud to set a standard of how to run and win with diverse communities.  We will continue to work with other states and elected officials on the best practices we’ve learned in New Mexico, and look forward to supporting the Future Majority Project through this and future cycles.”

Sanchez concluded by announcing the races to watch.

The Future Majority Project’s “14 in 14 Races to Watch” are: 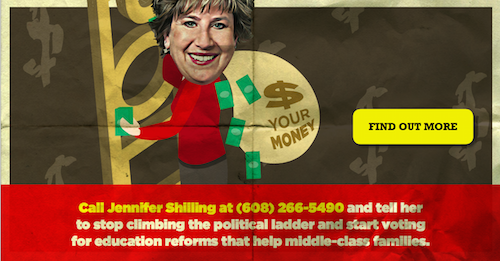