"I was saddened to hear of the passing of long-time Michigan Congressman, John Conyers, Jr."

“I was saddened to hear of the passing of long-time Michigan Congressman, John Conyers, Jr. I had the pleasure of knowing Congressman Conyers and working alongside he and his staff during my time as a congressional staffer. As a founding member of the Congressional Black Caucus and longest-serving African American member of Congress, Rep. Conyers left an indelible mark on the House of Representatives. His intentional focus on diversity and inclusion in the body politic was evidenced by his authoring the first bill to make Dr. Martin Luther King’s birthday a federal holiday; and was furthered by his fervent and continuous introduction of H.R. 40, a bill that calls for establishing a commission to research the history of slavery in the United States and its effects on current society.  I send my sincerest condolences to his wife, Monica and their children, John III & Carl. I also express my condolences to the people of Detroit, as you have lost a champion for your great city.”

Rep. LaKeshia Myers Issues a Statement Regarding the Active Shooter at MillerCoors in Milwaukee 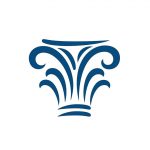