"Today I voted to support bringing the contract to the full legislature as State Troopers who put their lives on the line every day to keep us safe are deserving of a raise."

“Today I voted to support bringing the contract to the full legislature as State Troopers who put their lives on the line every day to keep us safe are deserving of a raise. We need a contract that would bring State Trooper salaries in line with other law enforcement agencies, to ensure that taxpayers aren’t spending money to train officers that quickly leave for higher-paying jobs elsewhere. We should instead compensate those who are staying on the force to help them better support their families.

“I voted for this contract because we will either spend the money on training new people or on compensating officers and because I am in favor of public safety, collective bargaining rights, growing a strong middle class and protecting taxpayer investments.”

The agreement brought to JCOER today was negotiated between the workers at the Wisconsin Law Enforcement Association and the Walker Administration. It is rare for the legislature to turn down negotiated contracts. A senior staffer from the Office of State Employment Relations (OSER) stated in testimony that she could recall just twice in the past 25 years that the legislature turned down a contract negotiated in good faith.

The contract includes the first raise that the State Patrol has received since 2009 and it includes health care contribution increases that mirror other state employers.

Statement from Rep. Barca Regarding Republican Amendment to Foxconn Bill

"It’s clear that Republicans are trying to rush through the process to avoid as much scrutiny as possible." 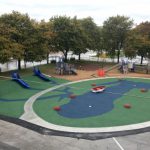