“I appreciate the public service of WEDC Secretary and CEO Reed Hall. Reed Hall stepped in at WEDC on an interim basis and continued to serve throughout a period of tremendous turnover.

“Hopefully with his replacement we can finally realize the promise that was made that WEDC would attract world-class talent from people who have worked and been successful in economic development.

“Unfortunately, Hall’s tenure was marred by management failures and a failure to protect Wisconsin taxpayers, which was in part due to his inexperience in the economic development field.

“I hope that WEDC’s nonchalant attitude toward following the law ends with Reed Hall’s resignation, but our efforts to reform WEDC won’t end there. WEDC needs not only a major leadership change but also significant structural changes to better serve the workers, entrepreneurs and businesses of Wisconsin.”

In June, Rep. Barca and Sen. Julie Lassa (D-Stevens Point) called for CEO/Secretary Reed Hall to step down, citing a recent scathing Legislative Audit Bureau report and WEDC’s troubling response to it, Wisconsin’s lagging jobs performance and WEDC’s practice of withholding information and stonewalling board members. A copy of that release is available here.

The Magic of Hand-Made Brooms by Sophie Bolich 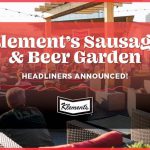 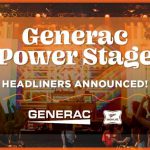