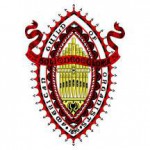 Regional Convention to Open with Concerto by Revered Milwaukee Composer

Sr. Theophane Hytrek was the chairperson of the Alverno College music department from 1956-1968

The Regional Convention of the American Guild of Organists, which takes place at various locations throughout the Milwaukee area from June 16 through 19, will be proceeded by a concert at Gesu Church on the campus of Marquette University on Sunday, June 16th at 3:00, honoring revered Milwaukee composer, organist, and teacher, Sr. Theophane Hytrek (1915-1992). A member of the School Sisters of St. Francis, she achieved international recognition and acclaim for her tireless work as planner, board member, performing artist, composer, and presenter, and especially for her leading role in the restoration of the Catholic liturgy. This one hour concert is free and open to the public.

Sr. Theophane was the chairperson of the Alverno College music department from 1956-1968, remaining there as full professor until 1984. In 1989, she was awarded the title of professor emerita. During her tenure as department chairperson, majors in applied music, music education, and music therapy increased dramatically. During the 1960’s, a course of study leading to a Certificate in Church Music was made available under Hytrek’s leadership.

Among many honors received by Sr. Theophane, perhaps the 1990 Berakah Award from the North American Academy of Liturgy (the first instance of the award going to a musician and a woman) best expresses the essence of her work as performer, teacher, and composer:

“At the keyboard and in the choirloft, in the classroom, recital hall, and for the assembly, your teeming acoustical imagination has sounded Kyrie and thanksgiving, Doxa and delight, pathos and power, through half a century and more. Your love insists that organ and all instruments conjoin, that the music of earth and heaven combine, whereby every living thing may praise the Lord.”

Psalms for Organ and Instruments is a major work for large organ, seven brass, four percussion, and harp. Commissioned by the AGO-Milwaukee Chapter in memory of a local dentist who had served as organist at Redeemer Lutheran Church (19th and Wisconsin) for 35 years, Sr. Theophane received the princely fee of $1,000 to compose this substantial work! There is some supposition that the work may have been inspired in part by the 1965 premiere performance of Leonard Bernstein’s Chichester Psalms in New York City. That work was performed in the early 1970’s at Alverno, where Sr. Theophane was on the faculty and Ms. Masiakowski was a student at that time.

Theophane’s Psalms was premiered from manuscript on December 31, 1969 at St. Rita’s Church in Milwaukee, with Sr. Theophane as organist and members of the Milwaukee Catholic Symphony, conducted by Ed Zielinski. Coming 50 years after that performance, the upcoming Gesu performance will be only the second full performance of this composition, this time from newly prepared printed scores, with Sheri Masiakowski as organist and conducted by Charles Q. Sullivan. The program will also include additional compositions of Sr. Theophane, as well as music of Alec Wyton and Sr. Marion Verhaallen. Performers will also include the St. Joseph Chapel Singers directed by Sr. Bernadette Luecker.

Organist Sheri Masiakowski is Music Director for the Permanent Diaconate Formation Program of the Archdiocese of Milwaukee and plays extensively throughout the Milwaukee area. She is Dean of the Milwaukee Chapter—American Guild of Organists and serves on the Board of the MacDowell Club of Milwaukee. She holds advanced degrees in organ and liturgical music from Westminster Choir College (Princeton, New Jersey) and St. Francis de Sales Seminary (St. Francis, Wisconsin), and currently studies with John Chappell Stowe (University of Wisconsin-Madison) in pursuit of the Doctor of Musical Arts degree in organ.

The instrument at Gesu, believed to be the largest pipe organ in Wisconsin with 115 ranks and nearly 7,000 pipes (some as tall as 32 feet), was rebuilt and enlarged in 2011 as part of a $2.4 million renovation of this historic church.

The American Guild of Organists serves a membership of 21,000 musicians and aficionados of organ music, divided into seven regions. The Milwaukee Chapter is hosting this biennial convention of the North Central Region as part of the 100th anniversary of this chapter’s founding,

This pre-convention event at Gesu will be followed by three days of workshop and masterclasses for the musicians who will be gathered for this seven-state regional convention, as well as several concerts and recitals by national and international touring artists who will perform at local churches including Gesu, St. Paul’s Episcopal, St. Joseph’s Chapel, Concordia College, St. John’s Cathedral, St. Jude the Apostle, and St. Josaphat Basilica. All of the recitals are free and open to the public. For details go to: http://agomilwaukee.org/Convention-Details.

Feb 15th, 2019 by Milwaukee Chapter of American Guild of Organists