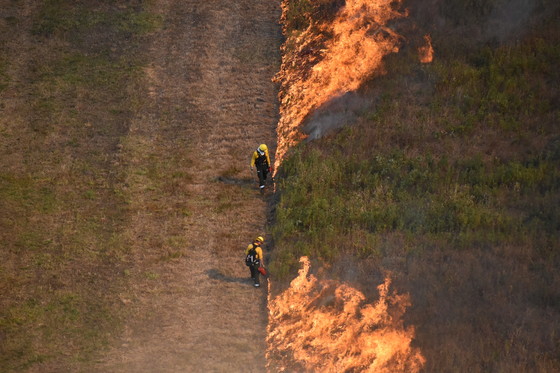 MADISON, Wis. – The Wisconsin Department of Natural Resources (DNR) completed a record number of prescribed burns within state natural areas in the fall to maintain and care for some of Wisconsin’s rarest ecosystems and a site containing significant effigy mounds.

Altogether, DNR staff conducted 59 total burns in SNAs in 2020, 45 of them in the fall, representing 2,357 of the 2,994 acres impacted. Henry said these efforts helped make up for lost ground during the spring season when most burns were canceled due to COVID-19 restrictions.

“There were some extended stretches of weather when it was dry, which created opportunities you usually don’t see in the fall,” Henry said. “DNR staff are so dedicated and passionate about prescribed burning they made the most of the time.”

The fall prescribed burns in the fall followed additional safety protocols to minimize the risk of COVID-19 transmission. The DNR’s burn staff also modified their protocols to reduce smoke inhalation risks by crew members and area residents. These protocols included burning when weather conditions would not trap smoke low to the ground and ensuring they were fully extinguished by dusk.

Most of the SNAs where prescribed burning occurred were grasslands, which are among the rarest ecosystems in Wisconsin and globally. Less than 1% of the original acreage of prairies, oak savanna and barrens remain in Wisconsin. Historically, wildfires kept brush and trees from becoming overgrown and shading out the native grasses and wildflowers that many birds, pollinators and other wildlife need in these ecosystems.

One of the season’s highlights was a prescribed burn at the Orion Mussel Bed SNA on the Lower Wisconsin State Riverway, which contains one of the best-preserved mound groups in Wisconsin.

Built by Native Americans during what archaeologists call the Late Woodland Period between A.D. 750 and A.D.1000, the site features the Twin Lizards and Catfish mound groups, consisting of 15 mounds. The mounds include three birds, one bear, two lizards, one conical and eight linear mounds.

The DNR works with volunteers from the Friends of the Lower Wisconsin Riverway (FLOW) to control brush and brambles overtaking the Twin Lizards site. The prescribed burn conducted by DNR crews from Fitchburg and the La Crosse area kill the brush above ground and help stimulate native plant growth.

Amy Alstad, Director of Land Management & Environmental Education at Holy Wisdom Monastery, resurveyed 47 prairies while a graduate student at the University of Wisconsin – originally studied by legendary Wisconsin botanist John Curtis – and found the value of prescribed burns for rare plant species and rare ecosystems. Based on Alstad’s research, native plant species which are vanishing at an accelerated rate best retain plant diversity and rare species when they receive regular prescribed burns.

State natural areas protect the best of Wisconsin prairies, forests, wetlands and other habitats that provide support for 90% of rare plant species and 75% of rare wildlife species. Nearly all properties are open to the public to enjoy bird watching, hiking, hunting and fishing. However, most SNAs are largely undeveloped and do not have restrooms, trails and other facilities like state parks.

Although the DNR holds more than half of these sites in trusts for Wisconsinites, the U.S. Forest Service, The Nature Conservancy and more than 50 other partners own and manage sites under a system established in 1951 spurred by Aldo Leopold and other Wisconsin conservation giants. 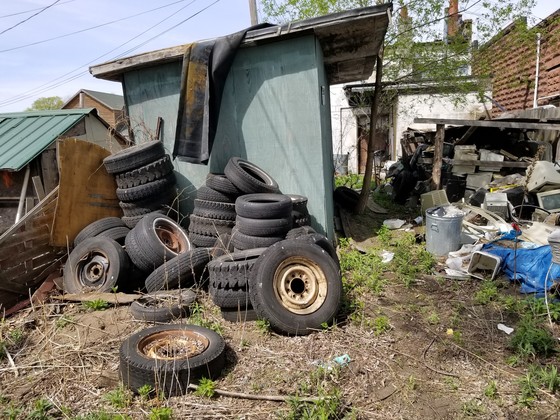