"Kevin Nicholson is a political opportunist that runs to catch the political winds."

MADISON – After reminiscing on his work at the Democratic National Committee on Vicki McKenna‘s radio show, and attempting to convey his conservative bonafides, Kevin Nicholson has embarked down a tortured road of lies. His claim, “I’ve told many people I left that role and that office at the convention that nominated Al Gore absolutely sure I was not a Democrat,” sounds nice, but as an Associated Press story detailed today, it’s just a lie.

Kevin Nicholson, since receiving the backing of an Illinois millionaire by way of a shady super PAC, has attempted to explain away his experience as a top DNC official by saying his time at the DNC is the reason he left the Democratic Party. 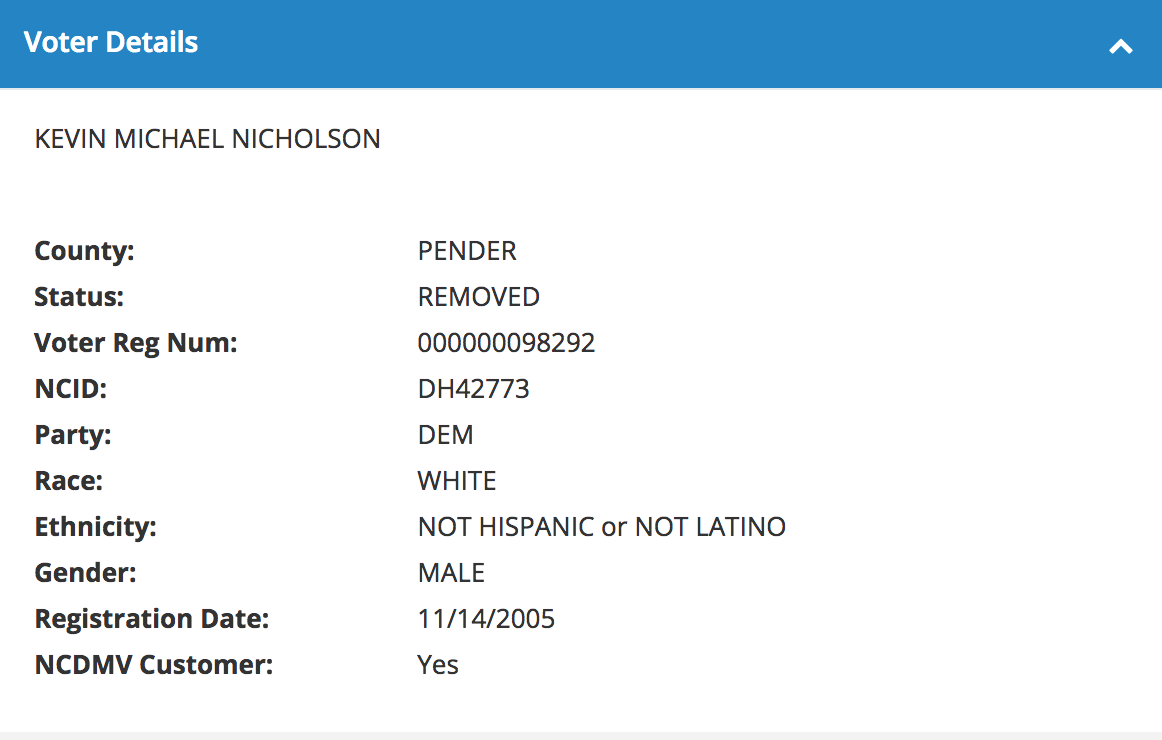 But, his multiple claims that “I left that role and that office at the convention… absolutely sure I was not a Democrat” or “17 years ago”, that doesn’t jive with his record.

“Nicholson told The Associated Press in an interview that his move from being a Democrat to a Republican was an evolution over time that began in 2000 and was complete by 2007 when he said he was ‘livid with the Democratic Party.'”

North Carolina Board of Elections

Nicholson claims he voted ‘no preference’ in the 2008 Democratic Primary, but given his record of lying this year, can anyone really believe him?

“Kevin Nicholson is a political opportunist that runs to catch the political winds,” said Democratic Party of Wisconsin Communications Director Brandon Weathersby. “He’s lied about his party affiliation at least three times this year. How many more politically opportunistic lies will Nicholson tell to try to get elected?”