The second-generation owner of Milwaukee’s famous The Packing House Restaurant has announced his candidacy to run for alderman in the Milwaukee district that is home to the popular restaurant.

The second-generation owner of Milwaukee’s famous The Packing House Restaurant has announced his candidacy to run for alderman in the Milwaukee district that is home to the popular restaurant. Christopher Wiken, 45, is running for the 13th District aldermanic seat, currently held by incumbent Terry Witkowski, to represent the citizens of Milwaukee’s far south side.  The district includes General Mitchell International Airport, much of the 27th Street business corridor and the southernmost edge of the City of Milwaukee. 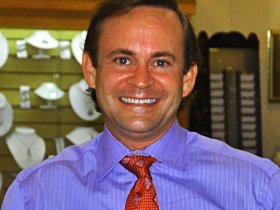 “The voters of the district deserve an elected official who represents their interests, understands the needs of their community, will listen to them and not be bullied by outside interests,” said Wiken. Pointing to the recent streetcar debate as the catalyst for his candidacy, Wiken said many of Milwaukee’s elected representatives were “tone deaf” to the needs of the city and the voters.

“We have a crime problem in Milwaukee, and we’re furloughing police officers to save money; yet we can find $64 million city tax dollars for a 2.1 mile downtown trolley route,” said Wiken. “The trolley supporters on the council need to understand they work for the voters. Our voices and tax dollars do matter.”

“The streets in Milwaukee are cratered with potholes, our fire department is faced with brown-outs risking injury and loss of life, our public school system is not producing enough graduates and Milwaukee was just rated the second poorest city in the nation, right behind Detroit,” said Wiken. “The people of Milwaukee need to take back their city or risk succumbing to the collapse of all the hard work and effort of people like my parents who built a wonderful business, provided good jobs and were proud to be part of the fabric of Milwaukee.”

Wiken called himself a boomerang candidate, meaning he and his family would be moving from their current home in Brookfield to a new residence near an area where he grew-up, and a business which has been in his family’s hands for over 45 years.

“I am passionate, driven and bullish about Milwaukee,” said Wiken, “and I am going to prove it by reversing the out-migration to the suburbs and move to the city I love, Milwaukee.” Wiken indicated he and his wife have picked a neighborhood and plan to move at the end of this school year.

Wiken added his experience as a small businessman would fill a void in a common council filled with many former government employees. “When you’re used to signing the front of a paycheck, not just the back, you have a greater appreciation for where those dollars came from,” said Wiken. “I look forward to sharing my vision and listening to the voters as I begin to knock on doors and getting to know the needs of my neighbors.”

Wiken has selected Mark Borkowski, who currently represents the 11th District on the Milwaukee County Board of Supervisors, to be his campaign treasurer. Borkowski is the longest tenured supervisor on the current board having served 22 years. 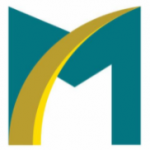