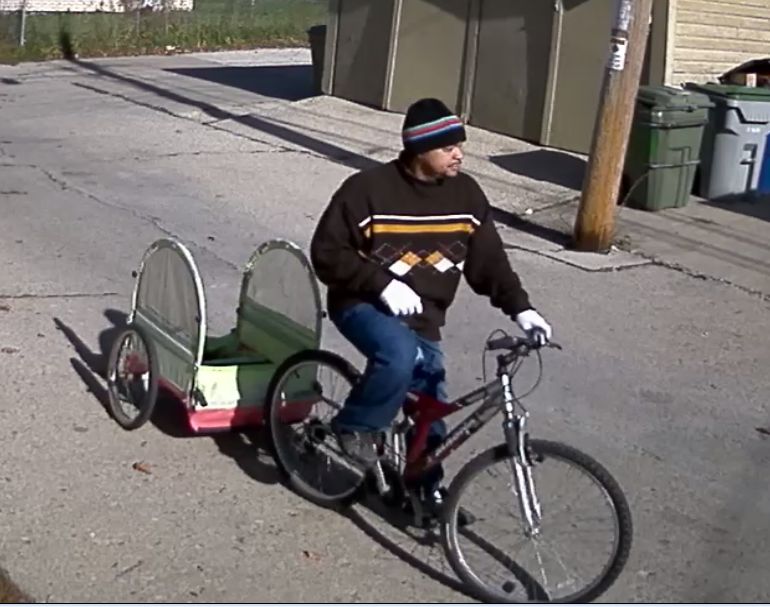 Milwaukee police have arrested a man suspected of stealing items from alley garages – thanks in large part by the quality of video surveillance footage captured by one of the Operation Alley Cat cameras – according to Alderman Bob Donovan, who helped launch the project and who will discuss the arrest during a news conference today in the alley where the man was captured on video.

Alderman Donovan has invited representatives of the Milwaukee Police Department, Milwaukee County Sheriff David Clarke, the Community Prosecution Unit, as well as residents and other neighborhood stakeholders to take part.

Alderman Donovan said the image of the suspect (above) captured from the alley-mounted video camera clearly illustrates the effectiveness of the Operation Alley Cat initiative. “The video footage in this case has helped identify this suspect, and police are now investigating to see if this individual is responsible for other possible thefts in the area,” he said. “The video doesn’t lie, and I believe this is exactly what Operation Alley Cat can do to help make life a living hell for cowardly crooks who think they can operate unseen in our alleys.”

The video surveillance cameras are being installed in a partnership arrangement involving Alderman Donovan’s Operation Impact across the Operation Impact area. The alley cameras add yet another tool to help fight crimes such as illegal dumping, graffiti, illegal car repair, drug dealing and drug use, as well as break-ins and burglaries. The cameras will provide footage that can be monitored by the Milwaukee Police Department. The Operation Impact target area is located within the 2nd Police District and is bounded by W. Pierce St. on the north, W. Lincoln Ave. on the south, S. 16th Street/S. Cesar Chavez Dr. on the east and S. 38th St. on the west.