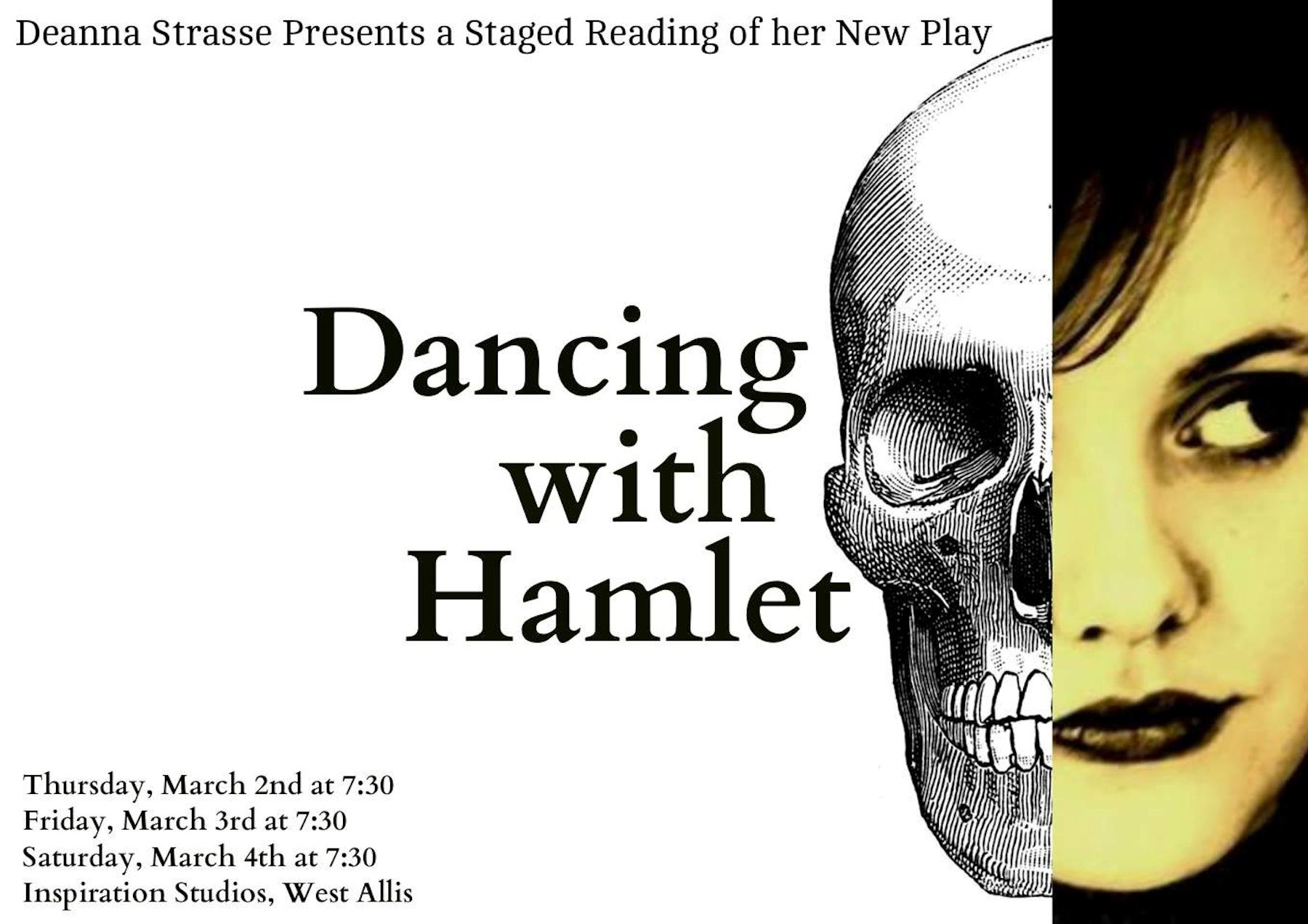 Off-Book Players will present a stylized staged reading of Dancing With Hamlet, a Deanna Strasse original play, at 7:30pm on March 2, 3 and 4, at Inspiration Studios in West Allis.

Strasse, a local director, actor, and playwright has worked extensively in the Milwaukee area with most recent performances at Sunset Playhouse and Village Playhouse. She wrote Dancing With Hamlet because she believed producing Shakespeare’s Hamlet would be almost impossible. Other original plays by Strasse have been produced by several theatre companies at the local and national levels.

“Like many theatre people,” said Strasse, “I love Shakespeare, and probably my favorite show of his is Hamlet. But there are a lot of reasons why companies, specifically in Milwaukee, don’t produce it. It’s long, it’s a tragedy, and there are pretty much only two female roles.That is where I started, but Dancing With Hamlet is where I’ve landed.”

Strasse sought to explore a lot of the questions that Hamlet asked, so she set out to create a kind of user friendly retelling of the original play without being as long, that might include more humor, and featuring strong female characters.

When the matriarch of the Flack family, Rosie, decides to remarry, her three grown children are not exactly thrilled with the idea. They are mortified, however, when their father dies tragically in a car accident just a week before the big day and Rosie plans to go on with the wedding. The Flack’s only daughter, Elvira, begins to see the whole thing as a tragedy–on a Shakespearean level. In the days leading up to the wedding, someone is out to sabotage the marriage, someone else just wants to survive it, and Elvira can’t make up her mind. Hearts will break, but the show must go on.

Even in the theatre world, many people don’t understand what goes into taking a play from a script on the playwright’s computer to a working and produced production. A staged reading allows a director to see if the show can stand by itself. After a few table readings with actors and having discussed the pros and cons of the show, it’s time to open it up to the public to get their take on it.

“We’re presenting a staged reading of a work-in-progress, which is just one step,” said Strasse.  “During discussions with the audience, we’ll talk about not just the show, but what has happened before this point and what happens next. Before we would invest time and money into actually producing this new show, we want to see if the story itself can hold. In essence, we want to know that the play can walk before we try running.”