A new Marquette Law School Poll finds that job approval ratings for Gov. Scott Walker and President Barack Obama both have slipped below 50 percent in Wisconsin, with sharp differences evident among blocks of swing voters and across various regions in the state.

MILWAUKEE – A new Marquette Law School Poll finds that job approval ratings for Gov. Scott Walker and President Barack Obama both have slipped below 50 percent in Wisconsin, with sharp differences evident among blocks of swing voters and across various regions in the state.

Walker’s job approval in July stands at 48 percent, with 46 percent disapproval. In May, approval was 51 percent with disapproval at 45 percent. In March, approval was 50 percent with 44 percent disapproval. The three-point shift from May to July is within the 3.7 percentage-point margin of error for the poll. Walker’s approval has hovered between 50 and 51 percent since the recall election in June 2012, falling below 50 percent in three of eleven polls, including this latest one.

Regional differences in views of the president and governor are substantial. Respondents in the city of Milwaukee give Obama a 71 percent approval rating, with the Madison television market following with a 54 percentage-point approval. Approval falls to 45 percent in the western and northern parts of the state, and to 42 percent in the Green Bay-Appleton media market. Approval of Obama is lowest in the Milwaukee region outside the city, where 41 percent approve.

Approval of the job Walker is doing as governor reverses that pattern. Walker’s lowest approval rating, 30 percent, comes in the city of Milwaukee, followed by 36 percent in the Madison area. Approval stands at 52 percent in the Milwaukee market outside the city and rises to 55 percent in Green Bay-Appleton and 56 percent in the west and north of the state.

A clear gender gap is apparent in the poll, with a slightly larger gap over the governor’s job performance than for the president. Women give Obama a 51-42 percent approval-disapproval rating, while men split 43-51. In evaluating Walker’s performance, women give a similar net gap, with a 43-52 split. Men, however, are more approving of Walker, with a 54-39 split, a net 15-point margin compared to their net 8-point margin (in the other direction) on Obama. In this case, the gender gap is a bit more due to approval of Walker among men than to women’s disapproval.

Views of the economy remain mixed, with a decline in positive views since May.

Voters continue to see Wisconsin as lagging behind other states in job creation, with 48 percent saying so. Thirty-five percent think the state is adding jobs at about the same rate as other states, and just 8 percent think Wisconsin is creating jobs faster than other states. In May the results were nearly identical: 49-35-9.

This poll interviewed 713 registered Wisconsin voters by both landline and cell phone July 15-18, 2013. The margin of error is +/- 3.7 percentage points for the full sample. The entire questionnaire, full results and breakdowns by demographic groups are available at http://law.marquette.edu/poll. 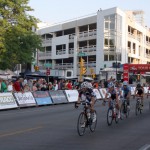