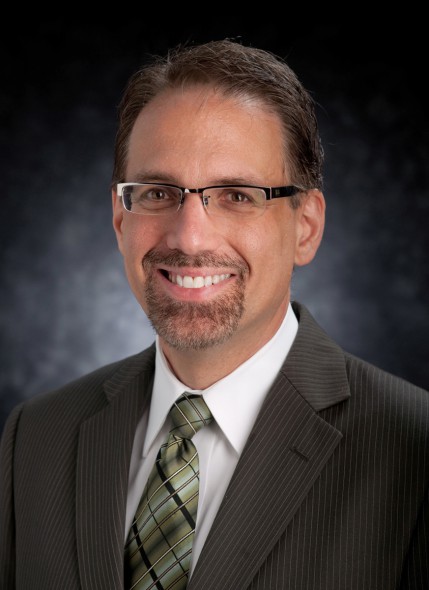 Myers, who will take office on July 1, will be the No. 2 leader and chief academic officer at Marquette. He succeeds Interim Provost Margaret Callahan, dean of nursing, who has served in the role since June 2013.

“Our search committee did an outstanding job of identifying a strong leader with an excellent understanding of complex issues facing higher education in general and Catholic higher education in particular,” President Lovell said. “Considering his wealth of experience as an academic leader and faculty member at a premier institution like Notre Dame, Dan is an ideal fit for Marquette as we look toward building our future.”

Myers, who will be formally introduced to the Marquette community today at 3 p.m., said he is excited for and honored by the opportunity.

“I am looking forward to meeting and getting to know the Marquette community,” Myers said. “From my many interactions during my visits to campus, I can sense what a special place Marquette is, and I’m humbled by the opportunity to serve the university as provost.”

As vice president and associate provost for faculty affairs at Notre Dame, Myers’ primary responsibilities related to faculty affairs have included coordinating the tenure, promotion, and appeals processes for the university; heading initiatives connected to faculty recruitment and hiring; faculty leaves and retirements; and overseeing faculty discipline and grievance processes.

His second major area of responsibility has been academic space management, which includes planning and approval of all academic building and renovation projects during an unusually active period of campus expansion. He also oversaw online learning initiatives; orientation, mentoring, and professional development programs for faculty; the review of academic departments; and Notre Dame’s relationship with its regional accrediting body.

Myers earned a bachelor’s degree in political science and a master’s in higher education and student affairs from Ohio State University before completing a master’s and doctorate in sociology at the University of Wisconsin–Madison. He is a well-known expert in the study of collective behavior and social movements, having published several books and numerous scholarly articles dealing with protest, rioting, and mathematical models of the diffusion of social behaviors. His current project, which was launched with a grant from the National Science Foundation, reexamines racial unrest in the United States from 1960 to1975. In 2006, he founded Notre Dame’s Center for the Study of Social Movements.