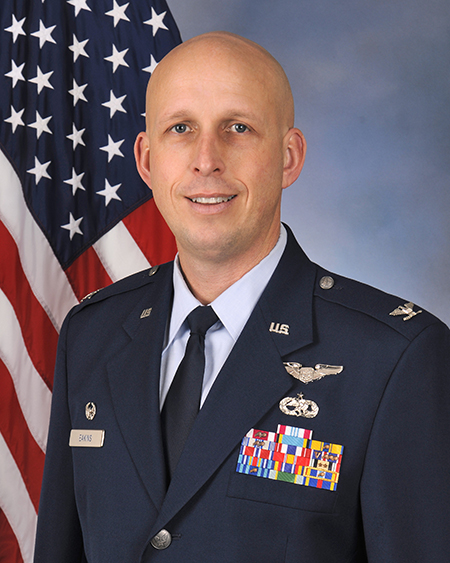 “I’m excited to be in command of such a world-class organization,” Eakins said during a formal assumption of command ceremony. “There are only four CRTCs in the country, and Volk Field is known to be the best.

“At the same time, our squadrons continue to deliver world-class results around the world when they deploy,” Eakins continued. “Not only are your facilities,  your airspace and your Airmen and full-time workforce second to none, your professionalism and pride in how you approach your job day in and day out is a reflection of your commitment to providing the best experience for our customers.”

As a combat readiness training center, Volk Field provides tailored, cost-effective and realistic combat training to all branches of the military. It is home to the internationally acclaimed Northern Lightning exercise, and can support Wing-level fly-in annual training exercises.

Brig. Gen. David May, Wisconsin’s deputy adjutant general for Air and a former Volk Field commander himself, said the Air National Guard base was established as a field training site so that Air Guard units “had somewhere to fly to and train for battle.

“That idea remains central to the base’s existence,” May continued. “This is where you come to accomplish the training you can’t do at home station.”

“In spirit and practice, this is a joint, interagency installation,” May said. “I suspect that if Col. Foxy Roberts — who was the first Volk Field commander back in the 1950s — saw Volk Field today, he would be extremely pleased and duly impressed with how we’ve stitched together blocks of airspace designed for P-51s into a modern airspace complex fit for the F-35 and F-22.”

Eakins, whose 21-year military career most recently included command of the 115th Mission Support Group at Truax Field in Madison, Wisconsin, embraced the Volk Field units and personnel — which include the 126th Weather Flight and the 128th Air Control Squadron.

“Today, Volk Field, I want to be part of your team, and part of your family,” Eakins said. “I will be your advocate. I will fight for the resources you need to provide the best training possible to ensure you are equipped for the execution of your mission — our mission.

“I know you’ll do great things,” he continued, “and I look forward to doing them with you.”

May presented Lt. Col. Tom Bauer, the base’s First Vice Commander, with a command coin in thanks for serving as interim commander the past two months.