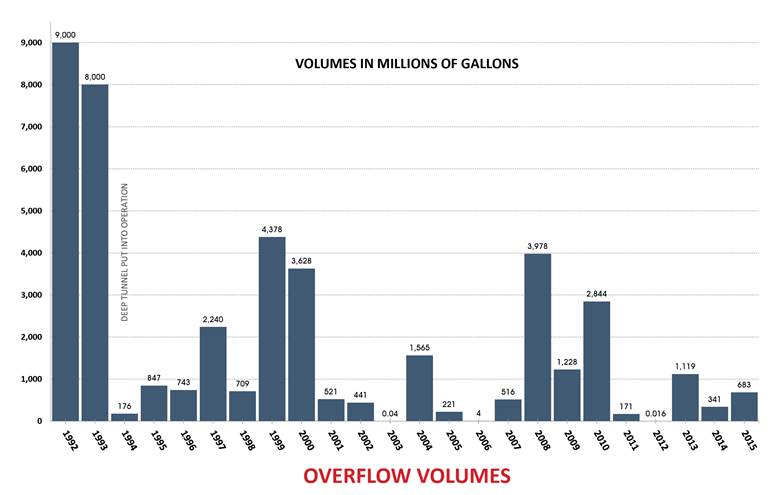 Volumes in Millions of Gallons

(Milwaukee, WI) – The Milwaukee Metropolitan Sewerage District (MMSD) is reporting the following information to the Wisconsin Department of Natural Resources regarding sewer overflows that resulted from heavy rain April 8 and 9, 2015.

Mitchell International Airport measured record rainfall on April 9 with 3.18 inches.  Combined totals for April 8 and 9 showed 4.5 inches of rain in Mequon and 4.02 inches in the 8400 block of N. Granville Road in Milwaukee.  One inch of rain on MMSD’s service area equals 7.1 billion gallons of water. 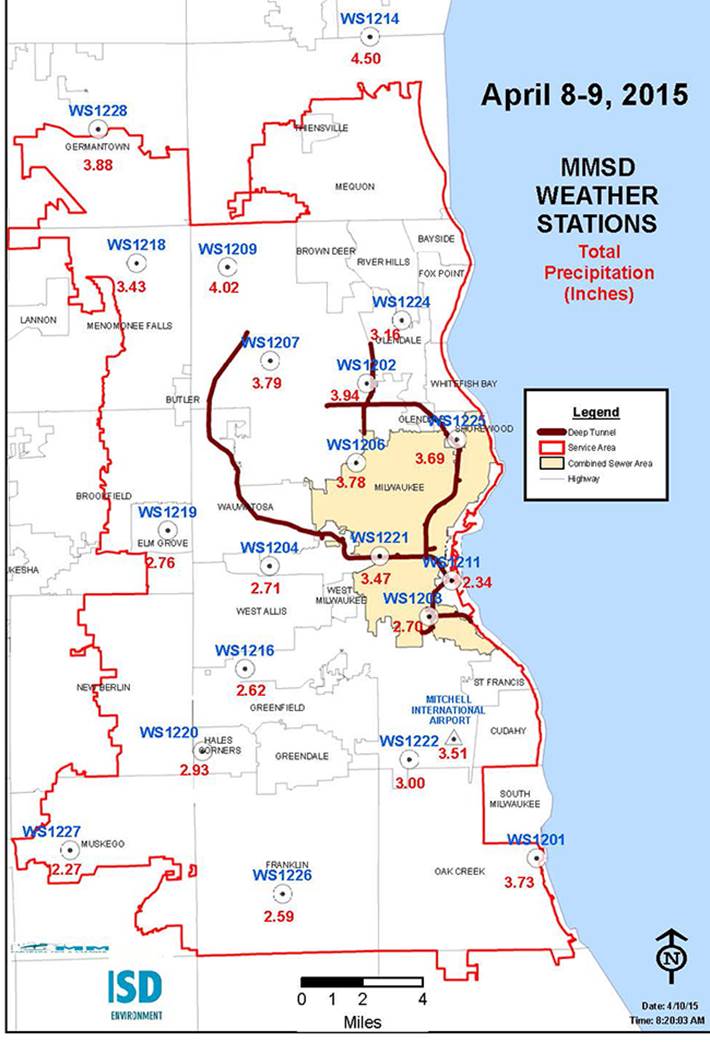