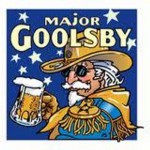 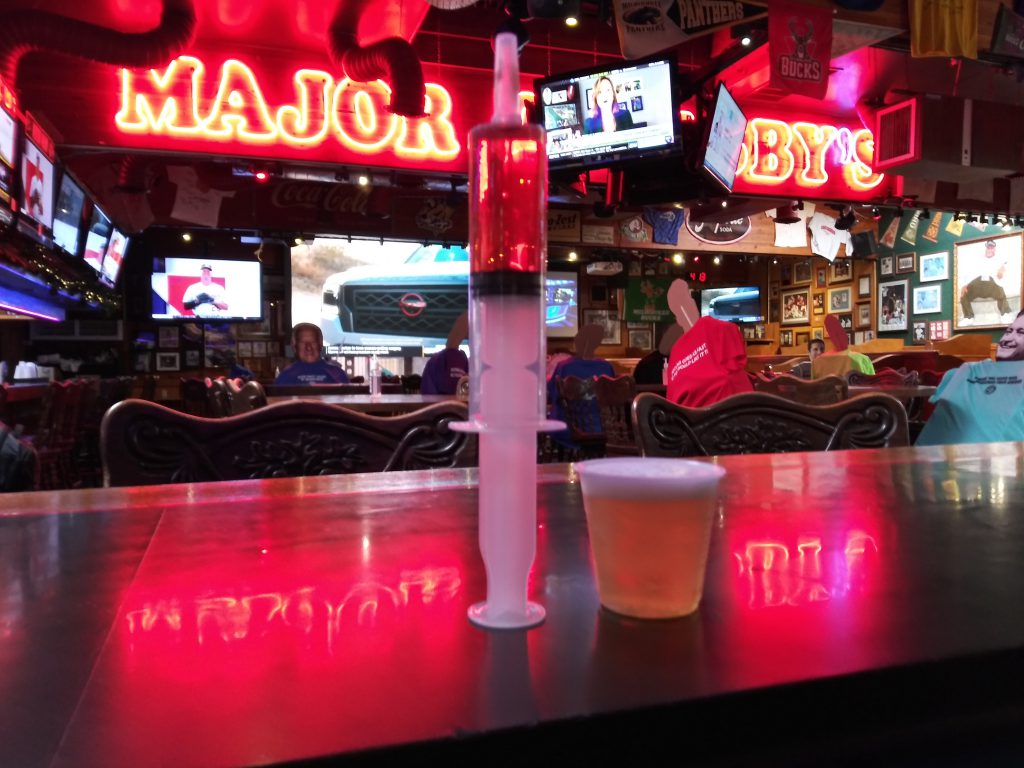 Shot and a beer. Photo courtesy of Major Goolsby’s.

MILWAUKEE, Wisconsin – Legendary Milwaukee sports bar Major Goolsby’s will be giving away 4.14 ounce beers as well as shots to anyone showing a vaccination card on Wednesday, April 14.

Major Goolsby’s is located a block away from the city’s largest vaccination site, the Wisconsin Center, and has already been offering free shots to anyone with a vaccination card. The deal will be sweetened on April 14 to celebrate 414 day in Milwaukee.

“We want everyone to get their vaccination shot as soon as possible, and offering free shots and beer is the best way we know of to motivate the people of Milwaukee,” said Jerry Cohen, owner of Major Goolsby’s. “The shots we’ve already been giving out come in a very fun oversized plastic syringe, and who wouldn’t want a beer chaser with that?”

Major Goolsby’s will continue to give free shots to anyone with a vaccination card after April 14.  In addition, Major Goolsby’s is continuing its Half Price Thursdays promotion, in which all food as well as Molson Coors taps are half price for dine-in customers all day long.

Major Goolsby’s has been a city institution since 1972, and was named the #4 sports bar in America by Sports Illustrated. Located adjacent to the arenas that house the Milwaukee Bucks, Marquette Golden Eagles, Milwaukee Admirals, Milwaukee Wave, and UW-Milwaukee Panthers, the establishment has been a haven for sports fans, media, and players alike since its inception.