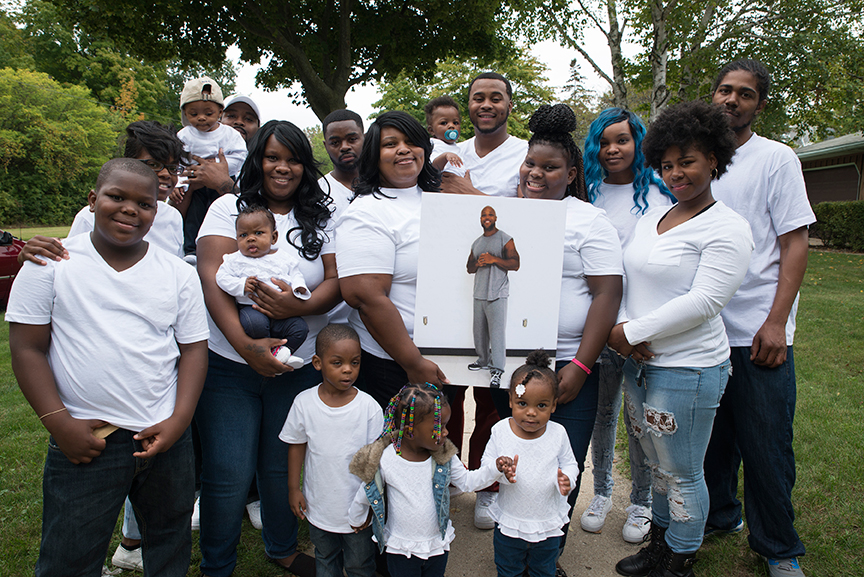 MILWAUKEE – Thursday, May 26, 2016 – Milwaukee Film will host the world premiere of Milwaukee 53206, a film which chronicles the lives of those who live in the zip code with the highest rate of incarceration for African American males in the United States (with 62% of adult males having spent time in jail or prison).

The screening will take place on Tuesday, June 14 at 7PM at the Landmark Oriental Theatre. A Q+A with filmmakers, the film’s subjects, and community leaders featured in the film will take place immediately following the screening. The opportunity to receive free tickets to the screening will be made available to Milwaukee Film Members, sponsors, and select Milwaukee community groups. A limited number of tickets are available by request. The general public can request free tickets or more information by emailing screenings@mkefilm.org by June 3, 2016.

This event is made possible by personal financial support of Chris Abele, Milwaukee Film Co-Founder and Board Member, the current Milwaukee County Executive.

“In my new term as County Executive, my highest priority is reducing the racial disparities that exist in jobs, housing, education, and health care throughout this city, and especially in the 53206 area,” explained Abele. “Everyone has heard the statistics, but statistics don’t tell the story. The people do. By having Milwaukee Film host the world premiere of this new documentary, my hope is that more people can hear real stories from real people living the reality of those statistics and be moved to make a difference.”

The film’s director, Keith McQuirter, added, “We are excited to work with Milwaukee Film to premiere Milwaukee 53206 here, in the very city our film takes place. The people of the city have been extraordinary allies in helping us tell this story, and it’s my hope that it reflects the experience of what life is like with an incarcerated loved one. It’s also my hope the film will offer an avenue for people to look deeper into the justice system and how it’s impacting families and communities, not just in the 53206 zip code, but across the nation.”

The film will be available for community and congregational screenings throughout the nation later in 2016. More information is available at milwaukee53206.com.

About Milwaukee 53206
Both in raw numbers and by percentage of the population, the United States has the most prisoners of any developed country in the world – with more than six million people under “correctional supervision.” And, with 62% of adult males having spent time in jail or prison, Milwaukee’s 53206 zip code sits as the most incarcerated zip code in the nation.

Milwaukee 53206 tells the stories of Beverly Walker, Dennis Walton, and Chad Wilson, and each one uniquely illustrates the high toll incarceration has taken on their hearts, souls, and daily lives – a story all too common throughout the United States.

Milwaukee 53206 is directed and produced by Keith McQuirter, an award-winning producer and director with credits in TV documentary, new media, and commercials. He co-produced the five-part Peabody Award-winning and Prime Time Emmy-nominated docu-series Brick City for the Sundance Channel.

About Milwaukee Film
Milwaukee Film is a non-profit arts organization dedicated to entertaining, educating, and engaging our community through cinematic experiences. In addition to our annual 15-day Milwaukee Film Festival (Sept. 22 – Oct. 6, 2016), Milwaukee Film provides a number of year-round opportunities for film lovers, filmmakers, and educators. For more information, visit us online:

Festival passes and ticket 6-Packs for the 2016 Milwaukee Film Festival are now on sale. For a complete list of prices, as well as a breakdown of the discount deadlines, visit mkefilm.org/tickets.