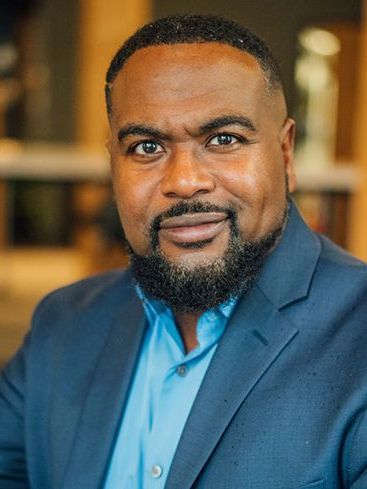 MILWAUKEE — Lafayette Crump, city development commissioner for the City of Milwaukee, will be the featured guest in an upcoming virtual “On the Issues with Mike Gousha,” Wednesday, Aug. 26. The video will be available at 12:15 p.m. on the Marquette University Law School website.

In recent years, Milwaukee has seen billions of investment dollars in the downtown area. Crump, who took over as city development commissioner earlier this summer upon the retirement of Rocky Marcoux, intends to build on that success and increase investment throughout the city. Crump will discuss his plans for investment in Milwaukee, as well as one of his priorities to advance racial equity in Milwaukee.

Prior to becoming Commissioner, Crump served as deputy chief of staff and chief diversity, vendor, and engagement officer for the Milwaukee 2020 Host Committee of the Democratic National Convention. He was also chief operating officer of Prism Technical Management and Marketing Services, where he helped developers of projects such as Fiserv Forum and the Northwestern Mutual office tower surpass supplier and workforce diversity goals. A Duke Law School graduate, Crump is the founder of his own law firm and has served as an adjunct law professor at Marquette Law School.

The virtual “On the Issues” featuring Crump is available to members of the general public.

Through public programming such as the Marquette Law School Poll, debates featuring candidates in significant political races, Gousha’s “On the Issues” conversations with newsmakers, public lectures by leading scholars, conferences on significant issues of public importance and the work of its Lubar Center, the Law School serves as the region’s leading venue for serious civil discourse about law and public policy matters.