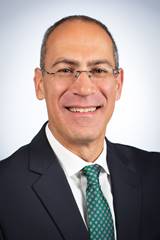 Michael Alexander. Photo from the University of Wisconsin System.

MADISON, Wis.—Dr. Michael Alexander, Provost and Vice Chancellor for Academic Affairs of the University of Wisconsin-Green Bay, has been named the seventh Chancellor of the university, which has campus locations in Green Bay, Marinette, Manitowoc, and Sheboygan.

The University of Wisconsin System Board of Regents today unanimously approved Alexander’s appointment, following a recommendation made by a selection committee. Alexander will assume the leadership post on May 1.

Alexander has served as UW-Green Bay provost and vice chancellor since July 2019. In that role, he has expanded educational connections with high schools and businesses, implemented an academic affairs strategic plan, created and funded an Office of Sustainability, and restructured Graduate Studies and the Office of Grants and Research.

“During Michael’s tenure at Green Bay, he has demonstrated keen listening and engagement skills,” said UW System President Ray Cross. “His experience as a conductor has clearly enriched and influenced his ability to lead individual experts and professionals.”

Alexander said his “passion and dedication” to UW-Green Bay and the community “is stronger than ever.”

“I know the work of the university will increasingly be a driver in the educational, economic, cultural, and civic life of Green Bay, Manitowoc, Marinette, and Sheboygan,” he said. “Our mission and vision for a university that fearlessly meets challenges, solves problems, embraces diversity, cares about our region, and provides access to education for all who want it honors the innovative spirit of the founders of the university and moves us forward.”

Michael Draney, Chair of the Department of Natural & Applied Sciences and Vice Chair of the Chancellor Search and Screen Committee, praised the selection process for including university and community voices.

“Michael Alexander is widely respected and admired by the faculty, staff, and students at UW-Green Bay, and his vision and leadership abilities are real assets to this institution,” Draney said.

“Michael is clearly the person to lead UW-Green Bay through this period of extraordinary challenge and opportunity. He is a great listener, a deep thinker, and he possesses the spirit of respectful urgency essential to these times,” said Regent Robert Atwell, chair of the Search and Screen Committee.

“Michael Alexander’s contributions to the University of Wisconsin-Green Bay as Provost have been impressive and impactful,” said Regent President Andrew S. Petersen. “UWGB will be fortunate to have Michael’s steady leadership, charisma, and intellect on campus as he moves into the Chancellor role.”

The Special Regent Committee for the UW-Green Bay Chancellor Search that recommended Alexander to the full Board of Regents includes Atwell and Regents Scott Beightol, Becky Levzow, and Karen Walsh.