From 2014-2016, Dr. Schreiber served as president of Baystate Medical Practices in Springfield, Mass. 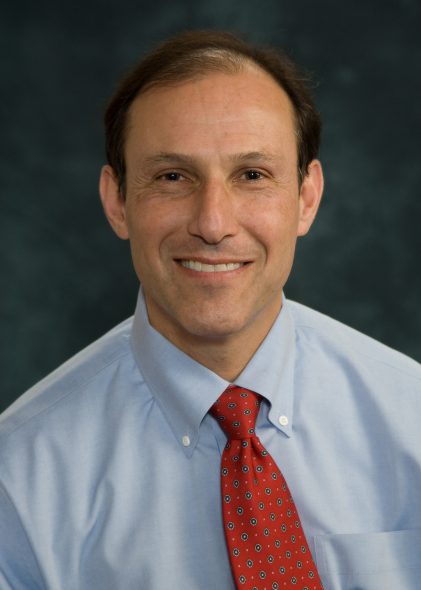 MCP represents more than 1,200 physicians and providers in approximately 38 specialties who practice at five health systems, 10 hospitals and 38 clinics throughout Wisconsin. MCP comprises two-thirds of the clinical faculty at MCW.

Dr. Schreiber graduated from Haverford College in Haverford, Pa. in 1976 and received his MD degree from Tulane University School of Medicine in New Orleans in 1980. He also received a Master of Public Health degree from Tulane University School of Public Health and Tropical Medicine in 1979. From 1980-1982, Dr. Schreiber completed an internship and residency in Pediatrics at Children’s Hospital (Boston, Mass). He served a clinical fellowship in Infectious Diseases at Children’s Hospital from 1982-1983, and a research fellowship in Infectious Diseases at Harvard Medical School and Children’s Hospital from 1983-1985.

Dr. Schreiber also was chief administrative officer and pediatrician-in-chief of the Floating Hospital for Children, the 100-bed primary affiliate children’s hospital for Tufts University School of Medicine, where he was instrumental in forging clinical partnerships as part of the hospital’s collaborative care delivery model, serving four local community hospitals and patients and families in metro Boston.  From 2007-2014, he was President, Pratt Pediatrics, Tufts Medical Center Physicians Organization and served on its Board of Directors.

Dr. Schreiber served with the United States Air Force (USAF) in a number of capacities, including active duty in Operation Desert Storm; Major, Captain and Lt. Colonel in the USAF Medical Corps (Reserve), and Flight Surgeon, 757 Tactical Airlift Squadron. He received an Honorable Discharge from the USAF Reserve in 2005.

Dr. Schreiber’s laboratory at Case Western Reserve University School of Medicine focused on host defense against encapsulated bacteria and the role of IgG subclass on anti-capsular antibody function, and yielded several patents. He also was a course instructor for Mechanisms of Infection and the Immunology of Infectious Diseases. At the University of Minnesota, his lab expanded its focus to include the role of TACI in the production of anti-polysaccharide antibodies and antigen processing of glycoconjugate vaccines.

Dr. Schreiber has served on numerous committees for the Pediatric Infectious Diseases Society, the Infectious Disease Society of America, the American Association of Immunologists, the Advocacy Committee for the Society for Pediatric Research and the Federation of American Societies for Experimental Biology Board of Directors. Dr. Schreiber also has served on NIH study sections and VA Merit Review Boards and has participated in Food and Drug Administration site visits.  Honored for his achievements in the field of advocacy for medical research, Dr. Schreiber was the recipient of the 2012 Distinguished Service Award from the American Association of Immunologists.

Dr. Schreiber has participated in more than 100 invited lectures, workshops and presentations, both nationally and internationally. His bibliography includes more than 135 articles, book chapters and abstracts.

Dr. Schreiber will be relocating from western Massachusetts with his wife, Rebecca Cronin Schreiber. They have two adult sons who live in Washington, DC and West Virginia.

The Medical College of Wisconsin is the state’s only private medical school and health sciences graduate school.  Founded in 1893, it is dedicated to leadership and excellence in education, patient care, research and community engagement.  More than 1,200 students are enrolled in MCW’s medical school and graduate school programs in Milwaukee, 56 medical students enrolled at MCW-Green Bay, and 26 students matriculated to MCW-Central Wisconsin in 2016.   MCW’s School of Pharmacy will open in 2017 or 2018 with an initial class size of 60 students.  A major national research center, MCW is the largest research institution in the Milwaukee metro area and second largest in Wisconsin.  In FY 2014-15, faculty received approximately $158 million in external support for research, teaching, training and related purposes, of which approximately $139 million is for research.  This total includes highly competitive research and training awards from the National Institutes of Health (NIH).  Annually, MCW faculty direct or collaborate on more than 3,200 research studies, including clinical trials. Additionally, more than 1,500 physicians provide care in virtually every specialty of medicine for more than 525,000 patients annually.