Medicaid Expansion is the Moral, Fiscally Responsible Decision for Wisconsin

MADISON – Tonight, Republicans on the Joint Committee on Finance, once again, refused to expand Medicaid in Wisconsin. Medicaid expansion would draw down $1.6 billion in federal funding that would be invested into programs around the state, and provide increased access to affordable health care.  Due to Republican inaction, Wisconsin will be forced to spend state tax dollars to backfill what could have been funded through our federal tax dollars. Under the Governor’s plan, Wisconsin taxpayers would save $324.5 million over the biennium. The Republican plan does nothing to save Wisconsin taxpayers money, and instead forces Wisconsin families to continue to pay for the health care of people in other states around the country. Assembly Democratic Leader Gordon Hintz (D-Oshkosh) released the following statement on today’s JFC actions.

“State legislators have a moral responsibility to help create opportunities for families to access affordable health care. Republicans in Michigan, Iowa, Indiana, and Ohio have all expanded Medicaid under the Affordable Care Act. If Mike Pence and other Republican leaders can support it – they did it because it benefited their state. Continuing to turn it away for cynical, political reasons just doesn’t make sense.”

“Rejecting the enhanced federal match rate is also fiscally irresponsible. Republicans continue to turn away the $1.6 billion in federal funds we could draw down to use for additional health care investments. This forces state taxpayers to backfill these costs and pay twice for the same services. The Republican plan, when compared to the Governor’s plan, costs taxpayers $300 million more to get $1 billion less. This continues to be one of the decisions our state government has ever made.”

We are at our best when we work together to get things done. 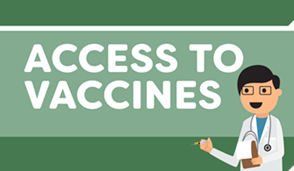