Susan Longhenry has been named director of the Haggerty Museum of Art at Marquette University. 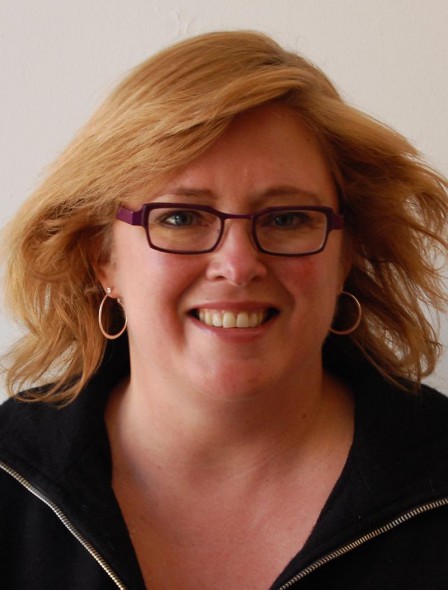 MILWAUKEE – Susan Longhenry, director of the Harwood Museum of Art in Taos, New Mexico, an art museum affiliated with the University of New Mexico, has been named director of the Haggerty Museum of Art at Marquette University. Gary Meyer, vice provost for undergraduate programs and teaching, announced her appointment, which was unanimously recommended to Meyer by the search committee and made official by Interim Provost Margaret Callahan and President Michael R. Lovell.

Longhenry previously held department-head posts at the Museum of Fine Arts in Boston, and the Indianapolis Museum of Art. A Milwaukee native, she will relocate with her family and join the Haggerty Museum on Aug. 3.

“Susan is an experienced museum director and educator. She has published in the areas of museum education as well as in modern and contemporary art, and brings the combination of passion for art and the administrative and academic experience we sought,” Meyer said. “Marquette is excited to bring to the Haggerty her leadership in museum education and community engagement, as well as experience as director of an academic museum.”

“I am honored to have this opportunity to lead the Haggerty Museum and to build upon the remarkable interdisciplinary work that has been nationally recognized,” Longhenry said. “The Haggerty holds a strong collection of art from Renaissance to Modern, and the museum is a keystone of the university’s academic work. I look forward to working closely with leadership to help meet the university’s goals, to being part of the community and to collaborate with faculty across Marquette.”

She added, “I was impressed by the commitment of the museum staff as well as the museum’s friends board and am eager to begin working with this talented group. I look forward to returning to Milwaukee and working closely with community cultural and civic organizations, schools and colleges, the business community, and city and state officials to ensure that the Haggerty Museum of Art becomes a more visible resource for the region.”

“Susan is exactly the right person to take over Haggerty Museum leadership at this time,” Callahan said. “She is an experienced museum director who brings with her a record of successful educational initiatives as well as vast accreditation experience.”

Callahan also expressed her gratitude to the search committee and Interim Director Lee Coppernoll, who will resume her duties as associate director.

Longhenry has curated exhibitions of modern and contemporary artists, including An Enduring Appeal: The Taos Society of Artists, and produced several catalogues and publications. She has presented at national and regional museum conferences, and she serves on the board of the Association of Academic Museums and Galleries as the Mountain Plains Regional representative. She has served on grant panels for the Institute of Museum and Library Services and the National Endowment for the Arts.

Longhenry holds a master’s degree in modern art history, theory and criticism from the School of the Art Institute of Chicago, and a bachelor’s degree in comparative literature from Indiana University.