The award will allow Peoples to research the mechanism by which alcohol acts on one of its major target proteins in the central nervous system. 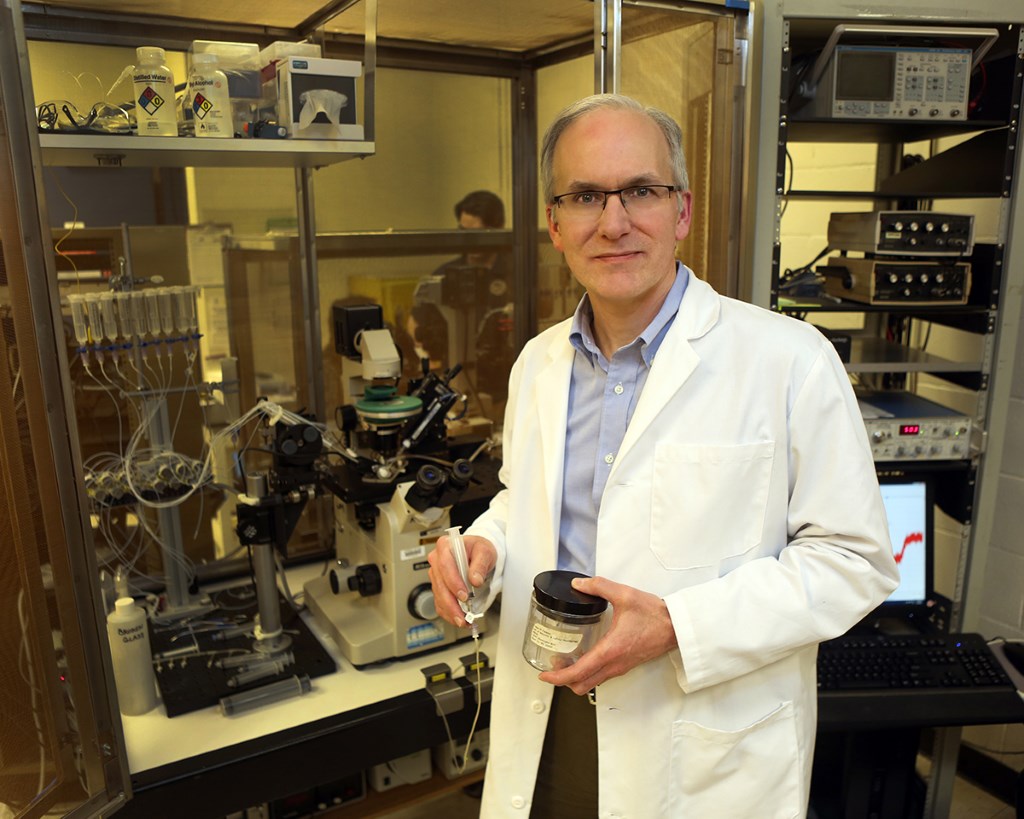 MILWAUKEE – Dr. Robert Peoples, professor of biomedical sciences in the College of Health Sciences, is the recipient of this year’s Way Klingler Fellowship Award in science.

The award, which includes $50,000 annually for three years, will allow Peoples to research the mechanism by which alcohol acts on one of its major target proteins in the central nervous system.

Peoples hopes that this project will give “a better understanding of how the alcohol molecule produces the effects on this protein and goes on to influence brain function” and that it will eventually “lead to better therapeutic agents for treating people with alcohol use disorders and alcoholism.”

His goal is to develop mutant receptor proteins as molecular tools. “We could introduce a mutant NMDA receptor that is alcohol insensitive into a brain cell or neuron and get a better idea how the protein is responsible for the effects of alcohol,” he said.