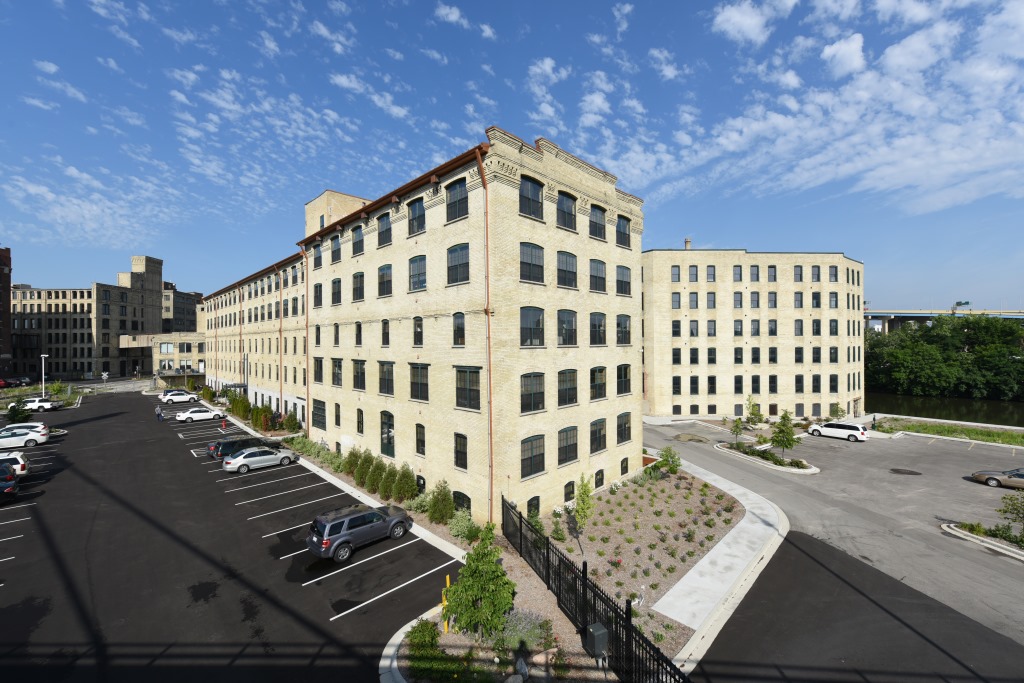 “River Place Lofts represents a unique opportunity to bring an 1870’s-era industrial building back to life,” states Erik Madisen, principal of Madisen Maher Architects. “Design challenges included overcoming non-aligning floors, a variety of structural systems and repair of damage from a major fire in 2005. The design highlights the cream city brick, exposed columns and beams, arched-top windows and other industrial elements of the building.  MMA also guided the design and project through the Historic Tax Credit process,” he adds.

The building provides dynamic views of the 6th Street Viaduct, the Harley Museum, The Iron Horse Hotel, Burnham Canal and downtown Milwaukee. River Place Lofts’ is comprised of four different buildings constructed between 1871 and 1874.  The project is located at 625 Freshwater Way, Milwaukee, WI  53204, and contains one- and two-bedroom apartments.

Madisen Maher Architects (MMA) strives to be the most sought after architectural design experts trusted to deliver exceptional environments. Their mission is to create facilities that are a reflection of the owners and end-users through proven expertise and best practices that include listening, thought leadership and collaboration. Based upon values of integrity, responsiveness, creativity and efficiency, MMA fosters a solid corporate culture and repeat business.  They are registered in Wisconsin and Illinois, are NCARB certified and LEED APs. For more information on Madisen Maher Architects, call us at 414-277-8000 or visit www.madisenmaher.com.