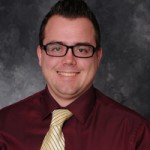 ANTIGO – Aaron Loudenslager, a candidate for a judgeship on the Wisconsin Court of Appeals – District 3, today called on his two opponents in the race to refrain from making thinly-veiled appeals to partisan interests—and instead embrace the spirit of Wisconsin’s nonpartisan judiciary.

According to Janine Geske, former justice on the Wisconsin Supreme Court, despite the state’s original endorsement of a partisan judiciary, Wisconsin eventually built a “very strong tradition” of holding nonpartisan judicial elections.

“In our roles as judicial candidates—and current judges—we really need to get back to the basics of promoting the concept of a nonpartisan judiciary in Wisconsin,” said Loudenslager. “Unfortunately, I’m the only candidate for this position on the state court of appeals that is fully embracing the spirit of Wisconsin’s longstanding nonpartisan judiciary.”

For example, Rick Cveykus, an attorney residing in Wausau, has “made $2,400 in contributions to candidates over the past 10 years,” some of which went to several Democratic candidates, according to the Wisconsin Law Journal. Furthermore, Attorney Cveykus has hired Nation Consulting, a political consulting firm “with ties to the Democratic National Committee and state Democratic Party,” to assist with his current election efforts.

“Attorney Cveykus says he is concerned about outside influences in the Wisconsin court system,” said Loudenslager. “However, one of the first actions Attorney Cveykus took after declaring his candidacy for the state court of appeals was to hire a political consulting firm with ties to the Democratic establishment in Wisconsin—and so far, he has failed to develop a formal campaign platform informing eligible voters what he plans to accomplish once elected to office. I think Wisconsin voters would be forgiven for concluding that it appears outside interests are having a sizable influence on his campaign—including the lack of a concrete plan to address the significant understaffing at the court of appeals.”

Loudenslager is the only candidate for this position with a formal campaign platform. Among other things, he promises to advocate for immediate implementation of the recommendations contained in the October 2001 report conducted by the National Center for State Courts about caseflow management in the Wisconsin Court of Appeals, including the addition of more staff attorneys, law clerks and, with regard to the Wisconsin Court of Appeals—District 3, the report’s implicit recommendation for the addition of a new judgeship.

Like Attorney Cveykus, the other candidate in the race, Outagamie County Circuit Court Judge Gregory B. Gill, Jr., has also failed to fully embrace the spirit of Wisconsin’s nonpartisan judiciary.

Nearly three weeks ago, Judge Gill, Jr.’s campaign hired a campaign manager, Landis Holdorf. According to Holdorf’s various social media pages, not only is he Judge Gill, Jr.’s campaign manager, he is also currently vice-chairman of the Lincoln County Republican Party—not to mention a former field organizer and senior data analyst with the Wisconsin Republican Party.

“Standing alone, Judge Gill, Jr.’s decision to hire Holdorf, who has a current leadership position with the Lincoln County Republican Party, as his campaign manager for this nonpartisan race calls into serious question his dedication to promoting Wisconsin’s nonpartisan judiciary,” said Loudenslager. “But to make matters worse, Judge Gill, Jr., has decided to continue his campaign unabated with Holdorf at the helm—who until just a few days ago, publicly identified with a particular brand of political conservatism that is toxically nationalistic.”

As recently as last week on his Twitter page, Holdorf publicly identified as a “paleocon”—short for “paleoconservative.” According to Vox’s Dylan Matthews, the word “is a retronym coined in the 1980s to characterize a brand of conservatism that was by then going extinct.” He goes on to explain that people who adopt the label are “more fervently nationalist than mainstream Republicans” and, therefore, have “a very negative view of immigration.” However, in the face of recent media scrutiny into his background, Holdorf has now removed the reference to “paleocon”—and added a disclaimer that all opinions posted on his Twitter page are his own.

Before Judge Gill, Jr., apparently pivoted his campaign strategy to making overtures to political and judicial conservatives, he originally branded himself as a “pragmatic and honest” state court judge who had received a significant number of endorsements from current judges on the state court of appeals with a broad range of jurisprudential views. None of those judges have withdrawn their individual endorsements of his candidacy.

“Given Judge Gill, Jr.’s ongoing failure to dissociate himself from both Holdorf’s current leadership position with the Lincoln County Republican Party and recent public identification with extreme nationalist views, the many state court judges who have endorsed Judge Gill, Jr.’s candidacy—especially the current court of appeals judges in District 3—should seriously consider withdrawing their respective endorsements of his candidacy,” said Loudenslager.

“They may not see it at this particular moment, but their judicial endorsements may ultimately have the unintentional effect of fueling the cynical view that judges are simply politicians who happen to find themselves wearing black robes. As judicial participants in our state court system, we should all take a step back for introspection, and get back to the basics of promoting the concept of a nonpartisan judiciary in Wisconsin.”