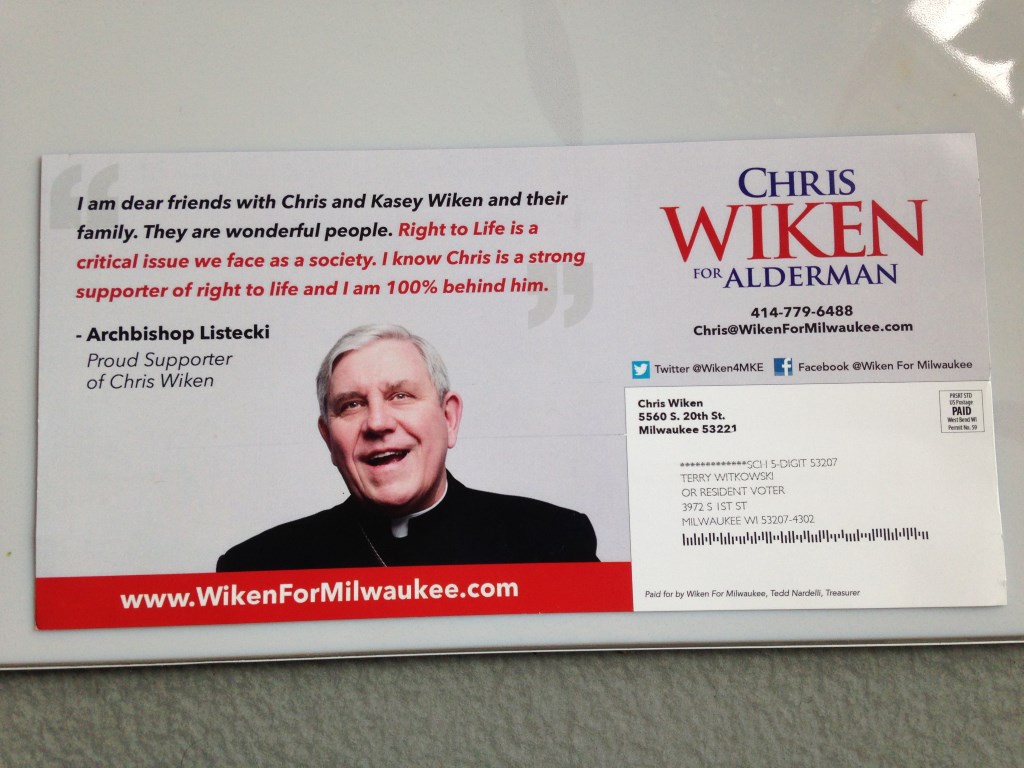 “We all know lying is a sin. And if you lie about the Archbishop, you are a particularly egregious sinner.

My opponent circulated a flyer late last week that suggests Archbishop Jerome Listecki endorsed his candidacy for the 13th Aldermanic District in Milwaukee. Today, the Archbishop’s office says he made no such endorsement.

Voters in my district value integrity. My opponent, Chris Wiken, has clearly shown he has none.”

Flyer is attached. The Communications Office of the Archdiocese of Milwaukee can address specific questions you might have (414-769-3504).