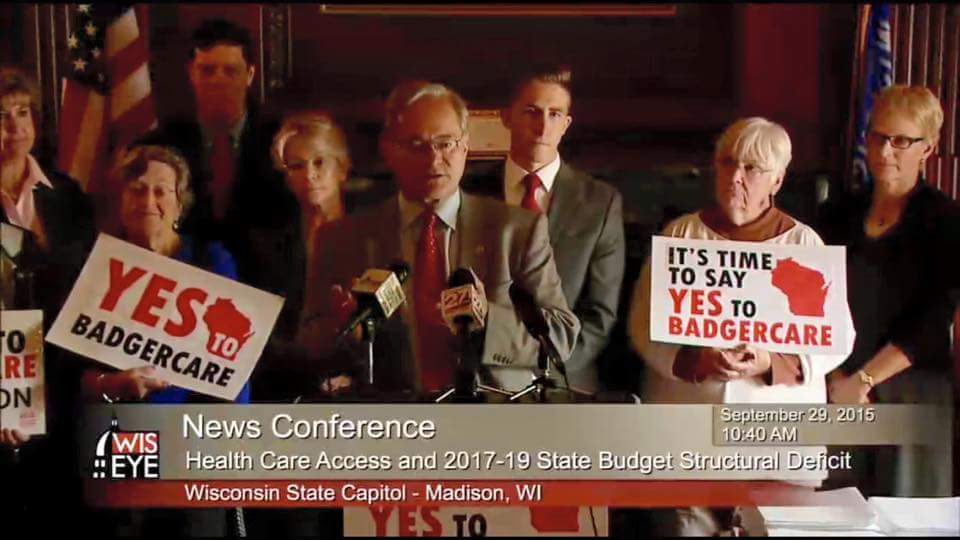 Madison: At a State Capitol news conference this morning Citizen Action of Wisconsin joined legislative leaders from the Senate and the Assembly to call on Governor Walker and Republicans to accept enhanced federal funds for BadgerCare. A video recording of the news conference from WisconsinEYE is available here.

The disastrous decision to provide affordable health coverage to fewer Wisconsinites for more money is costing the state nearly $400 million and counting in the current budget. It is also forcing many Wisconsin families just above the poverty level to chose between life saving health coverage and other necessities. The cost of the decision is growing because of Wisconsin’s failed economic development policies. Wisconsin is adding mostly poverty-wage jobs, which is increasing BadgerCare enrollment.

“Now that it is clear that the Affordable Care Act is here to stay, the public wants lawmakers to put aside partisan divisions and work together to improve the health care system in Wisconsin,” said Robert Kraig, Executive Director of Citizen Action of Wisconsin. “With the demise of Scott Walker’s presidential campaign, there is no further political excuse to continue one of the worst budget decisions in Wisconsin history. It’s time to do the right thing, and take all the available federal funds to strengthen BadgerCare.”