“Kelda Roys is a leader on issues of equality and women’s healthcare,” said NOW Wisconsin president Lindsay Lemmer. “Wisconsin NOW is incredibly fired up to endorse Kelda Roys. We are excited to support a true intersectional feminist to be Wisconsin’s next governor.”

“I’m thrilled to earn the exclusive endorsements of NARAL Pro-Choice America and NOW – Wisconsin,” said Roys. “It’s time to expand access to healthcare and stop the attacks on women’s health and reproductive rights. NARAL and NOW – Wisconsin have endorsed me not just because of my unparalleled track record of standing up for women, but because I am the strongest candidate to beat Scott Walker in November.” 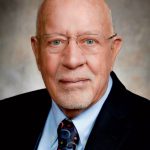