Bucks forward will appear in multi-media campaign urging students to own their future by being in school all day, every day 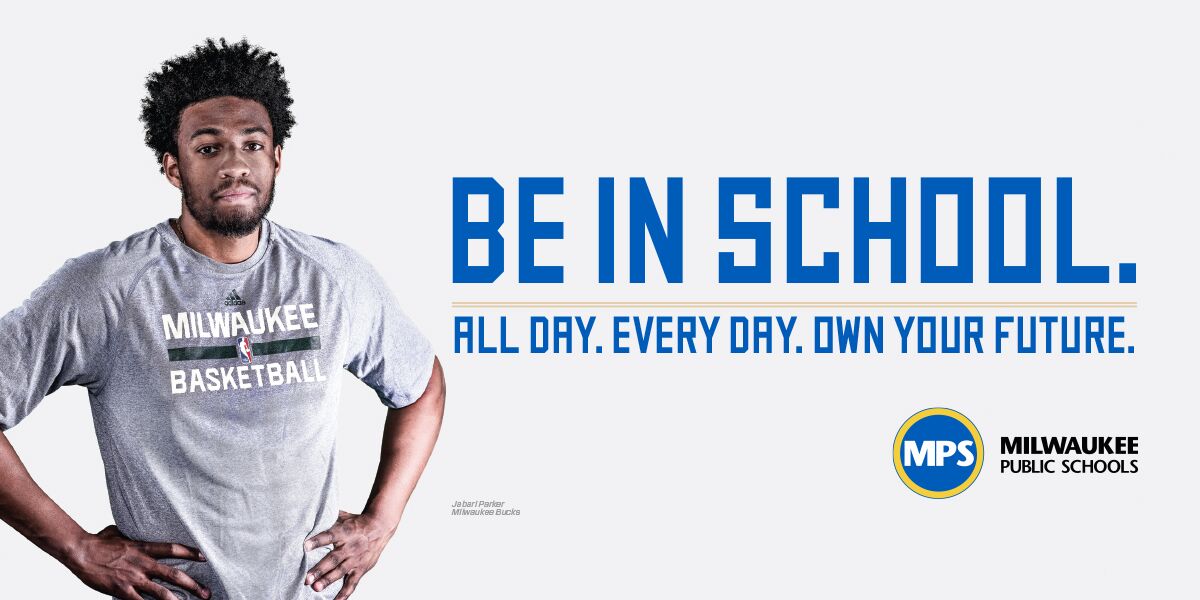 The Milwaukee Bucks and Milwaukee Public Schools (MPS) announced today a joint initiative to promote attendance among Milwaukee students. The collaborative effort features Bucks forward Jabari Parker as a spokesman, and is aimed at increasing awareness of the importance of students being in school all day, every day.

“In every aspect of life, success comes to those who show up every day willing to work hard,” Parker said. “You can’t learn if you aren’t in school. It’s my hope that every MPS student will realize the importance of making every day count.”

“Students who are in school all day, every day increase their academic success and that’s what we want for all of our young people,” MPS Superintendent Dr. Darienne Driver said. “We are grateful to the Milwaukee Bucks and Jabari Parker for recognizing that everyone in our community has a stake in helping our students succeed.”

Students who regularly miss school don’t just struggle academically; chronic absenteeism can literally be life altering. Studies have shown that missing just a single day each month during a student’s first semester of high school can reduce the likelihood of graduating to 63 percent. As early as sixth grade, absenteeism has been shown to be the leading predictor of whether or not a student will drop out of high school, and kindergarteners who miss two or more days of school per month have a much more difficult time learning to read.

As part of Parker’s involvement in the campaign, he has pledged to reward select MPS students each semester who have great attendance or have shown significant improvement in attendance by treating them to dinner. He will also make visits to MPS schools that have shown attendance increases throughout the school year.

In addition to the multi-media campaign featuring Parker, MPS is taking numerous other steps to improve student attendance, including interventions with students who have an increased number of absences, follow-up calls home on days students are absent, increased staff training to help make the school experience and coursework more engaging, and an effort to develop even stronger relationships with parents to identify barriers to good attendance as early as possible.