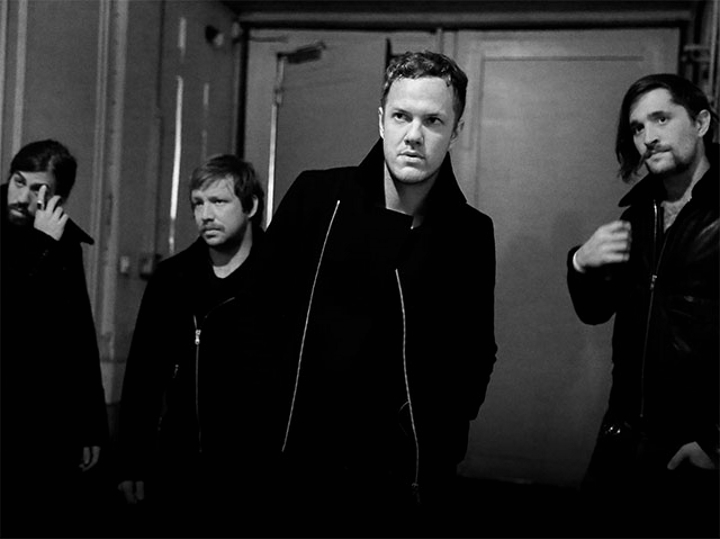 MILWAUKEE, WI (February 15, 2018) – Summerfest presented by American Family Insurance is excited to announce that Imagine Dragons, with special guest to be announced, will headline the American Family Insurance Amphitheater on the opening day of the festival, Wednesday, June 27, 2018.  The last time Imagine Dragons performed at the festival was in 2013 at the Miller Lite Oasis.

Tickets go on sale Friday, February 23 at 12:00 p.m. CST at Summerfest.com and Ticketmaster.com and include admission to Summerfest.

Since making their full-length debut with 2012’s multi-platinum Night Visions, Imagine Dragons have drawn worldwide adoration for their anthemic yet moody alt-rock. On their third album Evolve, the Grammy Award-winning band shift perspective and take on a brighter but more layered emotional outlook. “The last year’s been the healthiest year of my life, and I think that’s very much reflected in the music,” says lead vocalist Dan Reynolds, whose bandmates include guitarist Wayne Sermon, bassist Ben McKee, and drummer Daniel Platzman. “There’s definitely some moments of sadness on this album, but there’s also moments of real celebration.”

Despite the minimalistic approach of Evolve, Imagine Dragons achieve a rich complexity partly informed by their taking time out to recharge. After much soul-searching during a year-long break from touring, the band arrived at a new mindset and ultimately brought a greater sense of openness to their music. “Smoke + Mirrors was a very introspective time for the band, where we were questioning spirituality and its meaning in our lives,” says Reynolds. Sermon continues: “With that album we were struggling to come up with the answers, and with this one we’re satisfied not to have the answers at all.”

Formed in 2009, Imagine Dragons first revealed their emotionally charged and inventive sensibilities with a series of independently released EPs that earned them a grassroots following. Signed to KIDinaKORNER/Interscope by hitmaking producer Alex Da Kid, the band greatly expanded their fanbase with the release of their multi-platinum breakthrough single “It’s Time” (featured on the 2012 EP Continued Silence). With their past hits also including “Radioactive” (a diamond-selling smash that won Best Rock Performance at the 2014 Grammy Awards), Imagine Dragons went on to see Smoke + Mirrorsdebut at #1 on the Billboard Top 200 album chart upon its release in early 2015.

For Imagine Dragons, one of the greatest achievements of Evolve is its unfettered honesty. “Instead of hiding behind metaphors, I was able to be more direct in my lyrics,” says Reynolds. “I really focused on searching deeper for lyrical value.” Along with giving the album untold emotional depth, honesty cuts through everyday chaos to reveal a luminous truth. “Right now the world can seem like a very dark and daunting place,” says Reynolds. “We wanted to create something like a lot of the records we grew up on, where it feels like you’re escaping into a world that’s much more vibrant. Our hope is that the album helps people focus on the beauty of each moment, and really see all the brilliance and color of life.

Tickets for Imagine Dragons can also be purchased at the Summerfest Box Office in person, Ticketmaster Ticket Centers, select Walmart stores, and by phone at 1.800.745.3000 (live Ticketmaster Agent) or 1.866.448.7849 (“Ticketmaster Express” automated phone line).  Patrons may also utilize “ticketfast” at Ticketmaster.com to print barcoded concert tickets from home.  Convenience fees may be added to all purchases.

About Summerfest presented by American Family Insurance
Following its 1968 debut, Summerfest presented by American Family Insurance has evolved into what is now recognized as “The World’s Largest Music Festival” and Milwaukee’s cornerstone summer celebration, hosting the music industry’s hottest stars, emerging talent and local favorites along with approximately 850,000 people from Milwaukee and around the world each year for an unforgettable live music experience. During the festival, the spotlight shines on over 800 acts, over 1,000 performances, 11 stages delectable food and beverages and interactive activities, all in a world-class festival setting. Summerfest 2018 takes place June 27-July 1 and July 3-8, 2018, closed on July 2.  For more details, visit Summerfest.com, Facebook.com/summerfest or Twitter: @Summerfest.