Commits to Holding the Line on Property Taxes in Upcoming Budget

Waukesha – Governor Scott Walker traveled to Waukesha today to highlight the savings taxpayers have seen in their property taxes since taking office. Estimated property tax bills for the typical homeowner will be $116 lower this year than they were in 2010, resulting in a six-year cumulative estimated savings of over $1,700 compared to the previous four-year trend.

“Our top priority is the taxpayers of Wisconsin,” Governor Walker said. “We will be further prioritizing ways to ease the tax burden for hard-working Wisconsin families in the upcoming budget bill. In 2010, the property tax burden, as a proportion of personal income, rose to the highest level it had been since the mid-90s and it is now the lowest it’s been since 1946.”

Governor Walker was joined today by taxpayers Beth and Jeff, both of whom saw their property taxes go down as a result of the governor’s reforms. Beth, whose Waukesha-based company provides senior housing, says the property tax reduction she’s seen “helps to offset expenses related to recruiting, training, and retaining quality healthcare workers.” Meanwhile, Jeff saw property taxes go down on his home in Waukesha, saying “my property tax bill went down significantly for the first time in my life! I did not think this was possible.”

“We’ve taken big steps to lower the property tax burden on Wisconsinites and remain committed to holding the line on property taxes in the upcoming budget. Wisconsin property taxpayers needed a champion, and our efforts over the past six years have put them first,” Governor Walker added. 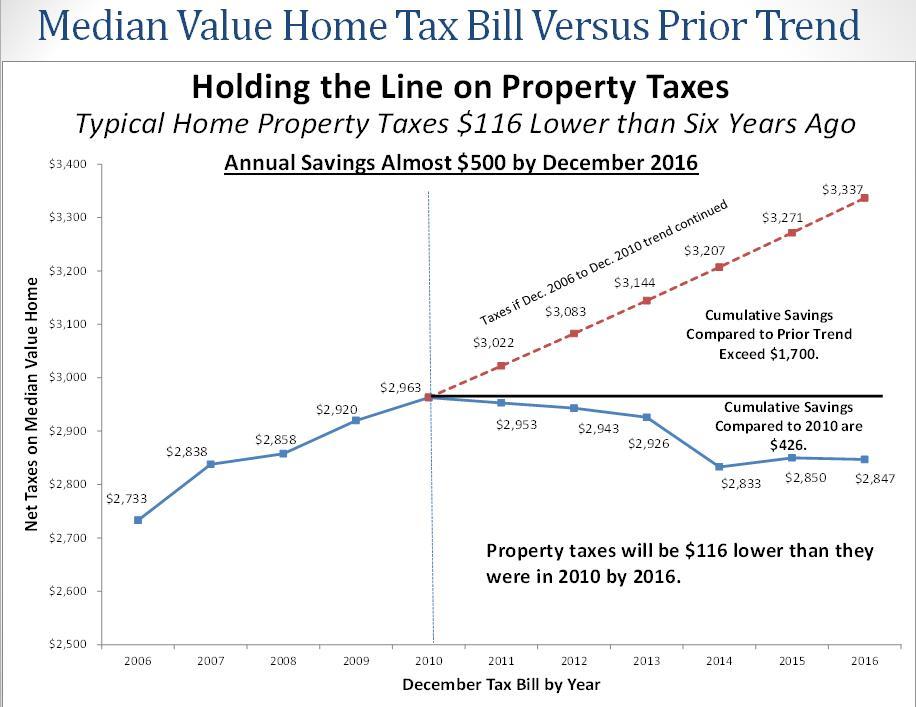